In September 2021, Kaja Gersinska gave birth to her daughter Rosie in Newcastle’s Royal Victoria Hospital and, for the first time ever, her pain relief was not a pain for the planet. Women in the UK have long received gas and air, a mixture of nitrous oxide (N2O) and oxygen, to alleviate pain during childbirth. Following exhalation by the patient, the gas escapes into the atmosphere. As a greenhouse gas, N2O is almost 300 times more potent than CO2. Kaja, however, breathed the gas and air back into a machine designed to collect and destroy the N2O.

Medicines, such as gas and air, currently account for 25% of the UK National Health Service’s (NHS) total emissions, which sit at 6,107 kilotonnes of CO2 equivalent emissions (ktCO2e) a year. Inhalers and anaesthetic gases alone are responsible for 5% of the NHS carbon footprint (including CO2 and other greenhouse gases). Since October 2020, when the NHS outlined its first climate targets under the ‘Greener NHS’ programme, the organisation has seen a 149ktCO2e reduction in N2O emissions from secondary care, thanks to new low-carbon technologies such as the machine used during the birth of Kaja’s daughter.

The NHS is responsible for 5% of the UK’s carbon footprint. It pollutes roughly as much as Denmark, but has pledged to deliver an 80% reduction in greenhouse gases between 2036 and 2039, and to reach net zero by 2045. 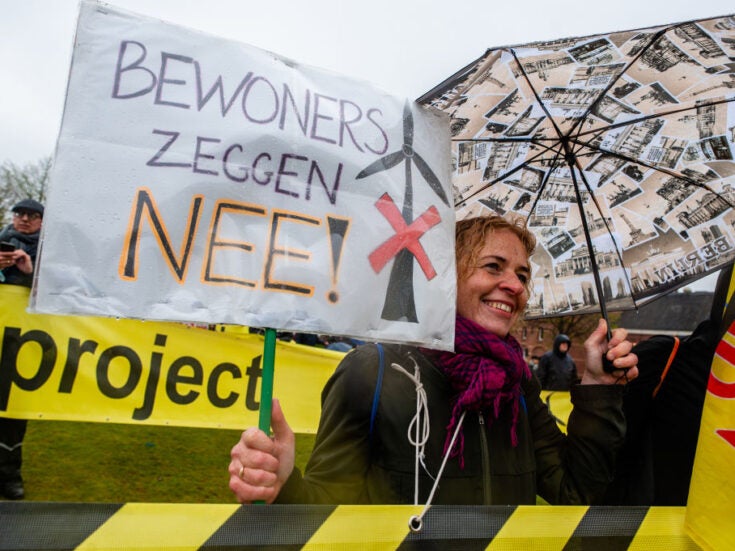 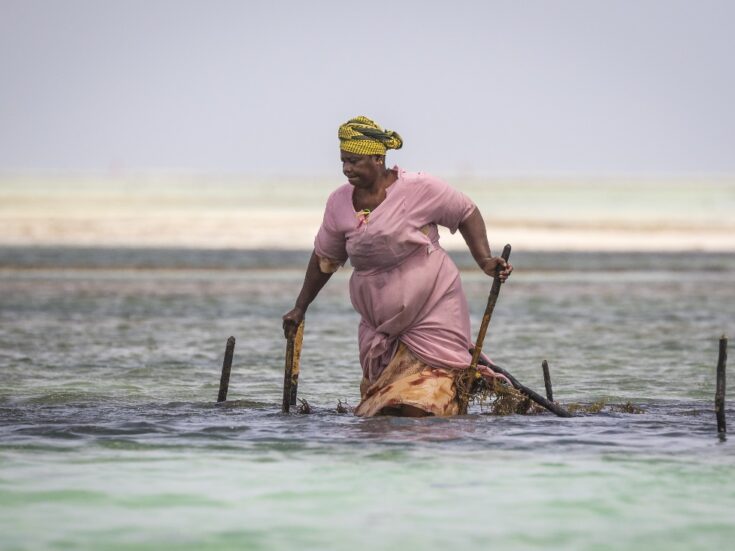 Is the energy transition hitting a glass ceiling?

The NHS on track

According to the most recent update from the NHS board, the organisation is on track to meet its goals. It has already reduced emissions by 580ktCO2e this year, surpassing the initial annual target of 526ktCO2e. A further reduction of 1,260ktCO2e is expected in the coming 12 months. These overarching targets translate into local, customised net-zero strategies across 196 British hospitals, and depend on the support of 1.4 million NHS healthcare professionals.

Speaking at COP26, NHS chief sustainability officer Nick Watts highlighted the significance of the NHS pledge in driving systemic change for healthcare worldwide. “We are the first healthcare system in the world to declare a net-zero target, and we will not be the last,” he stated. According to Watts, the past 12 months have been “transformative” for the NHS, which has spent £310m on climate-friendly technologies. This investment will “pay for itself” within three-and-a-half years, Watts added.

In the coming year, the most significant reduction in emissions, after medicines, is expected to come from NHS estates (all NHS-owned buildings), which aim to deliver a 210ktCO2e reduction by the end of 2022. These reductions are expected to come from £310m of capital investments in renewable energy generation and energy efficiency, including lighting, via the NHS Energy Efficiency Fund and the Public Sector Decarbonisation Scheme, which provides grants for public sector bodies to fund heat decarbonisation and energy efficiency measures.

Milton Keynes University Hospital recently fitted more than 2,500 solar panels producing 853 megawatt-hours each year, equivalent to the total power used annually by 213 average homes. It is shortly expected to increase this further to 1.5 gigawatt-hours. The hospital has also upgraded the insulation of its roof to reduce the energy required for heating and cooling.

The NHS has ambitious plans for the decarbonisation of its vehicle fleet too. “We have the world’s first-ever zero-emissions electric ambulance that is on the streets of Birmingham already, carrying patients. Give us a couple of years, and every ambulance in the NHS is going to be zero-emissions,” Watts promised. Total emissions reductions across NHS transport for 2021–22 are expected to be 112ktCO2e.

A major pain point is decarbonising the NHS supply chain. The NHS has made clear that by 2030 it no longer wants to purchase from suppliers not aligned with its net-zero pathway. Last month the board released guidance on expectations for suppliers between now and 2030, alongside a framework for suppliers to self-certify their achievements. By the end of the decade, suppliers will only be able to qualify for NHS contracts if they can demonstrate progress through published reports as well as emissions reporting through the dedicated supplier framework.

Suppliers are taking action. Pharmaceutical giant GSK, which aims to reach net zero by 2030, recently announced a £50m investment into renewable energy and emissions reductions at major UK manufacturing sites. It also launched a new research and development programme to reduce emissions from inhalers, responsible for 45% of GSK’s carbon footprint. The company’s most energy-intensive manufacturing facility, which is in Irvine, Scotland, is set to install 8MW of wind power and a 20MW solar farm via a 20-year power purchase agreement. The project is expected to save 10,000 tonnes of CO2 emissions annually.

A service in crisis

But there are several potential stumbling blocks, points out Chris Thomas from think tank IPPR, citing the state of the NHS buildings as a particular concern. Without serious investment in infrastructure the NHS is going to struggle, he implies. “Meeting environmental and emissions standards is proving difficult,” he says. The NHS currently has a building maintenance backlog of approximately £19bn, which suggests hospitals are not “at the standards they ought to be”, says Thomas.

There are two main reasons for this, he believes. “[First], during the last ten years of austerity, the NHS was pushed to transfer its capital budget into its day-to-day revenue, which meant that strategic infrastructure projects couldn’t take place,” Thomas explains. “The NHS was focused on the bare minimum – whatever it needed simply to stay operational.” Second, the NHS budget cycles (mostly) span one year so there is very little certainty over how much money each hospital or department has beyond that time, allowing little scope for the kind of long-term strategic planning decarbonisation requires.

There are steps hospitals can take to decarbonise, but you cannot innovate in a system that is running on empty, Thomas says. “If the NHS is to ensure a coordinated transformation, it will need […] more resources, more long-term planning and more headspace for NHS leadership,” he argues. Thomas believes the pressure to ensure money is not being overspent is much stronger than it is to implement a net-zero strategy. While the UK capital budget is increasing, the money is not there for hospital maintenance, he says. Instead, it is being channelled into “set-piece projects” such as 40 new hospitals by 2030, a pledge made by Boris Johnson during his 2019 election campaign.

There is a bigger question in all of this, Thomas believes, about what healthcare looks like in future. “How might the NHS be more radical in its transition?” he asks. Thomas believes a net-zero health system involves large-scale decentralisation that allows more care to take place in the community.

This is already acknowledged within primary care, which is “much more holistic in its approach and focuses more on health promotion and prevention than secondary healthcare”, says Honey Smith from Greener Practice, a primary care climate and sustainability network. “We don’t need radical top-down reorganisation of the NHS because every time that happens, it disrupts the services already in place,” Smith states.

Local council policies to address social inequalities would make it easier for the NHS to achieve net zero, Smith believes. By reducing social inequalities, individuals from low-income households won’t use the health service as much, as poor households tend to suffer more from health issues. “The best way to reduce the climate impact of the health service is to reduce demand for it,” she adds.

Smith sees no indication the UK government is shifting its approach towards one centred on reducing social inequalities. “In the absence of favourable policies from government, it is our responsibility as doctors to work with local councils to take action, such as increasing active travel and boosting health promotion initiatives like green social prescribing [which links people to nature-based interventions and activities for better health outcomes],” she concludes.

Despite these stumbling blocks, several speakers at COP26 acknowledged that other global health systems “have a lot to learn” from the NHS. Global health made an appearance on the COP agenda for the first time ever in Glasgow. Governments are waking up to the importance of health system decarbonisation. It is net-zero targets, such as those outlined by the NHS, that will be the driving force for the energy transition in health systems around the world.