The target of universal access to clean energy in the next decade appears unlikely to be met, with 660 million people expected to still lack access to electricity in 2030, according to Tracking Sustainable Development Goal (SDG) 7, a dashboard monitoring progress on the UN SDG 7: affordable and clean energy. 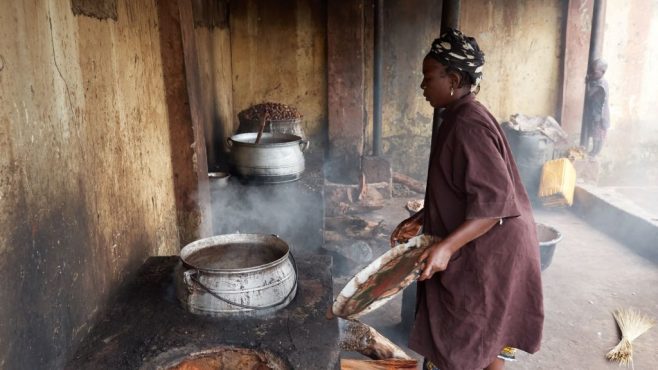 Ladi Usman stands next to a metal pot on the stove in her kitchen in Nigeria in September 2019. (Photo by Ifiok Ettang/AFP via Getty Images)

While the number of people globally without electricity declined from 1.2 billion in 2010 to 759 million in 2019, progress has been heterogenous, with three-quarters of the global deficit concentrated in sub-Saharan Africa, the report states.

The three countries worst affected by electricity access deficits were Nigeria, the Democratic Republic of Congo and Ethiopia.

The report found that in 2019, 85% of the population in sub-Saharan Africa (900 million people) also lacked clean cooking access, a figure higher than in any other region.

On the current trajectory, the world will fall short of the target for universal access to clean cooking, reaching only 72% of the population by 2030, the report adds. Continuing to rely on polluting fuels will negatively impact the environment and the health of individuals.