Latin America has been slammed hard by Covid-19, with some of the highest death rates in the world, skyrocketing public debt and rising unemployment. The crisis has also revealed the fragility of many Latin American countries’ economic systems, which face an uphill struggle to become more sustainable. 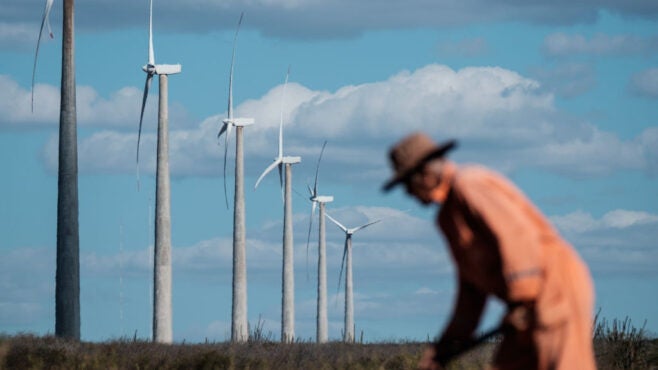 “The pandemic created more evidence about the weaknesses the governments have, generally speaking,” says Sandra Guzman Luna, founder of the Climate Finance Group for Latin America and the Caribbean. “Not only in terms of policies, but their access to revenues and allocation of money to deal with problems including climate change.”

The fallout is leading some countries to double down on fossil fuels. Others are striving to embrace a greener recovery, despite structural and financial barriers. Meanwhile, poorer Central American countries such as Honduras and Guatemala are dealing with the dual challenges of Covid-19 and hurricane impacts, a foreshadowing of climate impacts that are only expected to worsen over time.

With already delicate economies likely to suffer for years to come, can Latin America muster the structural changes and investments needed to go green? 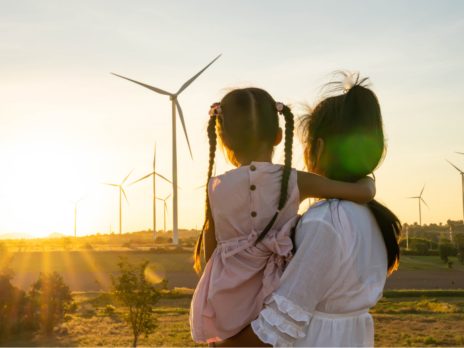 The Latin America and the Caribbean region sits firmly in the middle income bracket. With 8% of the world’s population, it accounts for 6.5% of the world’s GDP and around 8% of global greenhouse gas emissions (including land use change and forestry). Around a third of these emissions come from Brazil alone.

The region encompasses many different cultures and economies. There are three kinds of Latin America, says Manuel Pulgar Vidal, former Peruvian minister of the environment, president of COP20 and now global leader on climate at WWF. “The ALBA [Bolivarian Alliance for the Peoples of our America] countries including Venezuela and Bolivia; the more free-market countries such as Chile; and Brazil, which is a “complete continent””, he says. “Unfortunately, that fragmentation has created a lack of collective vision for many topics, including climate.”

The continent’s climate efforts are indeed diverse, and the pandemic has brought these differences into focus. Some countries have continued to embrace climate action while others remain focused on fossil fuels. Many face significant challenges, from the large informal economy that makes up much of the workplace in many countries to the reliance on extractive industries for revenue.

“These are developing countries with huge structural challenges to advancing this transition,” says Guy Edwards, an expert on Latin America and climate change politics. “The region could be left behind unless it embraces the race to net zero.”

While many Latin American countries have submitted Paris climate pledges to the UN and made commitments to reduce emissions, much still depends on the political level of interest within a country at a given time, says Guzman Luna.

“In a way, all of them have expressed their interest to comply with the reduction of emissions,” she says. “[But] there are countries that have been progressing more than others.” Engagement depends on how much politicians engage with the sustainable development narrative, she says.

Costa Rica is one of several countries with general elections coming up, alongside Chile and Peru. It is not yet clear who the main candidates will be. The last election ended in a second round run-off between now-President Carlos Alvarado and right-wing Pentecostal singer Fabricio Alvarado Muñoz.

Costa Rica is held up as a poster child for climate action due to its strong presence at UN climate negotiations and significant low-emissions policies. The country has almost 100% renewable electricity – although much of this is from decades-old hydropower – a moratorium on oil extraction and a net-zero goal for 2050. It has also been a leader in pushing for a more ambitious outcome for a planned new international carbon market. “Costa Rica stands out as the most ambitious and serious on climate change,” says Lisa Viscidi, director of climate at US-based think tank the Inter-American Dialogue.

The country has also been savvy at securing international climate support, what Edwards calls “first mover advantage”. Last year, it received a $54m “result-based payment” from the Green Climate Fund in recognition of its successful forestry policy. It also secured a $380m “policy-based” loan from the IDB to support its National Decarbonisation Plan.

However, Costa Rica is also facing a $40bn debt crisis, which saw the International Monetary Fund (IMF) approve a $1.89bn loan in early March to help the country address its “fiscal imbalances”. Despite this, Alvarado has been keen to highlight the economic benefits of decarbonisation, touting a report released last November, which found Costa Rica’s net-zero goal would mean $41bn in economic benefits.

“Costa Rica has been talking about the need to build a recovery package, but we cannot just do it for the pandemic, it has to be part of our climate change plans,” says Guzman Luna, noting that the country has also “realised that protecting nature could be a very good way to keep growing economically”.

Chile has likewise continued with its green policies through the pandemic. Despite its strong dependency on coal, it has a net-zero 2050 goal and was one of the first countries to submit an updated climate pledge to the UN last year. Chile has made a push on renewable electricity over the past decade, and has been especially successful in attracting foreign investment in renewables. During the pandemic it has also set a goal to become the world’s lowest-cost producer of green hydrogen, issued Latin America’s largest-ever sustainability bond and committed 30% of its $4.5bn infrastructure recovery package to mitigation and adaptation projects.

“Chile is understanding the reality of what the consequences could be of not following the new conditions of this new climate economy,” says Pulgar Vidal.

Mexico is trying to expand the oil and gas industry and it appears to be intentionally trying to remove renewables from the mix. Lisa Viscidi, Inter-American Dialogue

Colombia is another country that updated its UN climate pledge by last year’s deadline and has pledged to become carbon neutral by 2050. Its Covid-19 recovery package includes support for clean growth and its bioeconomy.

“Colombia has been quite progressive in the last five years, at least in sustainable development and green growth strategies,” says Guzman Luna, partly by connecting the challenges of security and narco-traffic with the need for reforestation. “The government realised that if it could build strategies more structurally, it would be able to tackle these problems and access international finance.”

On the other hand, despite fierce internal debate, the country is also turning to shale extraction as a way to recover from its worst economic contraction in decades. “It has been heralded as a way to help boost oil production, which has been languishing in the last few years, but also try and get the economy moving a little bit,” says Edwards.

Argentina too has directed a significant proportion of its stimulus packages towards polluting industries, despite being one of the few countries which submitted a stronger updated climate pledge to the UN in December 2020. Meanwhile, in December Brazil set an “indicative” goal of carbon neutrality by 2060, albeit in the middle of a surge in deforestation after relaxing its land use permits and enforcement.

Mexico’s reaction to the pandemic has included strongly favouring fossil fuel generation over renewable energy generation, with a significant part of its $28bn recovery package going to a flagship oil refinery. Mexico was once seen as something of a climate leader, but President Andrés Manuel López Obrador, often known as ‘Amlo’, is now doubling down on fossil fuel investment to increase state revenue. “Mexico would definitely be the furthest behind [on climate change] because it is really going in the wrong direction,” says Viscidi. “Mexico is trying to expand the oil and gas industry and it appears to be intentionally trying to remove renewables from the mix.”

Many Latin American countries are facing tough decisions over tight national finances. “If we are talking about how a huge stimulus needs to be kind of green, sustainable, inclusive and Paris-aligned, who is going to pay for this?” says Edwards.

The region is struggling with huge amounts of ”pandemic debt”, not helped by the enormous proportion of informal labour in many Latin American countries. Some 60% of workers are considered informal and the OECD has warned that almost 40% are not covered by any protection or social assistance regime. The pandemic has meant this informal economy has grown in many countries, says Pulgar Vidal.

These informal jobs, and lack of tax revenue, are also creating “a big hole in the economy”, says Guzman Luna, putting pressure on public expenditure, and in climate action investment. “There are people who consider sustainable development not relevant because it is not important in the short term,” she comments.

Many Latin American countries have an upper middle income status, making them ineligible for international development assistance from advanced economies. However, in many Caribbean and Central American countries there is already a direct correlation between climate-related damage and external debt, says Marcelo Mena Carrasco,  former minister for the environment in Chile and now director of the centre for climate action at Pontificia Universidad Católica de Chile.

“A lot has been coming out from the World Bank and IMF on this, but they haven’t really walked the talk because they don’t allow countries to create fiscal space to increase spending on climate adaptation,” he says. “This is crucial for them to not have another disaster, increase their debt and break the cycle of rebuilding constantly due to climate change.”

Meanwhile, there is the deep dependence on fossil fuels in many countries. “Already a year into this, we should have seen a removal of fossil fuel subsidies, and we are not seeing that,” says Viscidi. “It is a major problem for Latin America. Countries continue to subsidise gasoline and diesel and there is no sign anyone is going to take that away.”

The change in leadership in the White House could perhaps finally provide some much-needed climate action momentum for Latin America. US President Joe Biden reportedly discussed climate change with the presidents of Argentina, Chile and Costa Rica in his first phone calls with them in November.

“I think there is some incredible potential for the US to leverage its considerable bilateral relationships across the region – trade, investment development cooperation, diplomacy – to start thinking about Paris implementation and the green recovery,” says Edwards. When it comes to climate finance, Central America and the Caribbean are the two to watch, he says. “That is very much aligned with the US’s strategic interests, especially vis-à-vis its southern border,” he says.

Ultimately, Latin American countries need to focus on a shorter-term time frame when it comes to climate action, says Mena Carrasco. “We need to adopt this new identity and support it. The problem is that we have countries that commit to 2050, but don’t really align that with what they are doing today. 2030 is our timeline, not 2050.”

Energy Monitor is running a special series of analyses of post-Covid-19 climate and energy-related spend and policies, to determine whether countries really are building back better.

Topics in this article: Covid-19, US