Clean energy production in the North Sea could generate £125bn ($169.79bn) and create 232,000 indirect and direct jobs by 2050, says a report from the Netherlands Organisation for Applied Scientific Research (TNO) and the Aberdeen-based British Net Zero Technology Centre. However, capitalising on these opportunities will require systems integration across fossil fuel and renewable energy production in the region. 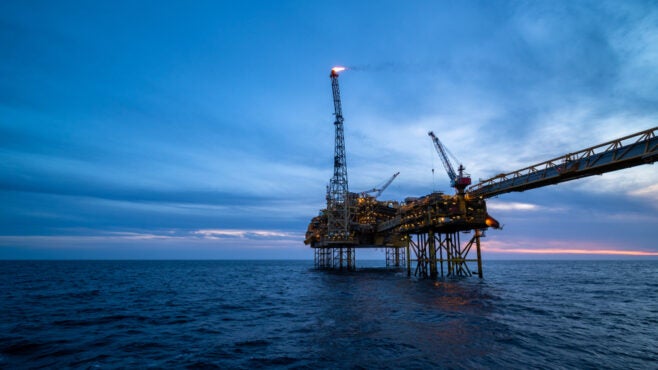 An offshore oil platform in the North Sea. (Photo by Frode Koppang via Shutterstock.com)

Systems integration means coupling activities around distinct energy carriers such as electricity, hydrogen or oil and gas. The report cites the transportation of hydrogen via repurposed gas pipelines as an example. Pipeline reuse is already under way in the Netherlands; a Gasunie gas pipeline between Dow Benelux and Yara has been repurposed for hydrogen transport.

Two significant challenges for the North Sea energy transition are misalignments in regulatory frameworks between countries and growing a market for hydrogen. Cross-border collaboration will be key to mitigate these challenges, the report says.

It calls for the development of cross-border technical standards for hydrogen network operations and growing the market for clean hydrogen.