The rapid replacement of fossil fuels with renewable fuels – based on green hydrogen and advanced biofuels – could slash 80% off CO2 emissions in international shipping by 2050, says a report from the International Renewable Energy Agency (IRENA). 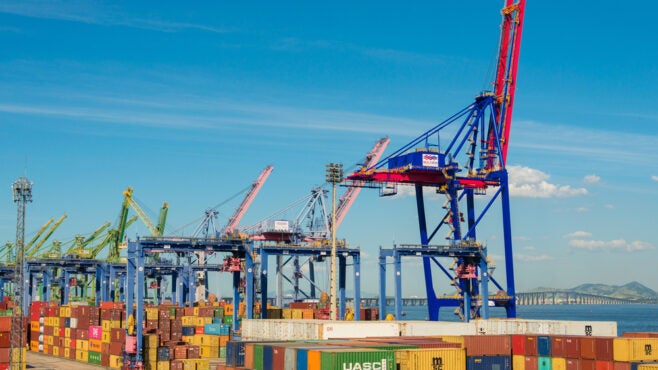 Shipping containers at a port in Rio de Janeiro, Brazil. (Photo by Donatas Dabravolskas via Shutterstock.com)

E-methanol and e-ammonia are the most promising green hydrogen-based fuels, the report says, and 183 million tonnes of renewable ammonia is expected to be needed by 2050. The global ammonia industry already produces an estimated 180 million tonnes of ammonia annually.

The report calls on policymakers to impose carbon pricing to discourage the use of fossil fuels.

Topics in this article: Shipping