The Democrats’ hopes of a decisive win in the US Senate – and a clear mandate for ambitious climate legislation – were dashed on election night, as support for Joe Biden failed to translate into success for down-ballot Democrats. Many observers now expect the Senate will remain in Republican hands – and that the Republican leadership there will return to the obstructionism it pursued during the Obama administration, leaving the incoming administration to rely on executive action in pursuit of its climate plan.

However, some observers are hopeful that limited climate measures will find sufficient bipartisan support to advance in the 117th Congress.

With most counting completed on 7 November, Republicans and Democrats each hold 48 Senate seats. Senate races in Alaska and North Carolina had not been called, but are expected to be won by Republicans. Georgia’s two Senate races, meanwhile, will likely be decided in run-off elections in January. Although Biden was narrowly ahead in the state’s presidential poll as of 8 November, winning both Senate races in January will be a tall order.

Ahead of the 3 November election, polling website Fivethirtyeight.com had given Democrats a 78% chance of winning control of the Senate.

Even with the Senate in Democratic control, the consensus view was that more centrist Democratic Senators were likely to have moderated the ambition of Biden’s $2tr climate and energy plan, which centred on reducing power plant emissions to net zero by 2035, a huge expansion of electric vehicle infrastructure and subsidies, and massive investment in infrastructure and building energy efficiency.

However, a Senate in Republican hands would pose a much more formidable obstacle. President-elect Biden has promised a return to bipartisanship, and some observers are hopeful that his three decades in the Senate could help him win over some moderate Republican senators – but Barack Obama made the same pledge before he entered the White House.

But energy lobbyist at Bracewell in Washington Scott Segal argued that Biden’s relationships could enable him to wrangle limited climate and energy legislation through Congress.

“I am not trying to lionise Joe Biden here, but I will tell you there are few people who would fit that bill,” Segal said.

Indeed, some Republicans are open to action on climate change. Polling suggests that younger Republicans, in particular, are increasingly concerned about global warming: 49% of those aged 18–39 believe the federal government is doing too little on the issue, compared with 25% of older Republicans, according to polling by the Pew Research Center.

Just before the election, Senator Lisa Murkowski of Alaska suggested, during an event on bipartisan climate legislation, that some form of carbon pricing was “worth putting on the table”. She is a member of the cross-aisle Senate Climate Solutions Caucus, which also includes Republican Senators such as Marcio Rubio, Susan Collins, Mitt Romney and Mike Braun. Setting up a US cap-and-trade system had bipartisan support before 2008, but Republicans in congress then opposed it when it came in the form of a proposal from President Obama in 2009. The EU is eager to have a US carbon trading system to link its own emissions trading system to.

Murkowski also co-sponsored the American Innovation Act earlier this year, teaming up with conservative Democrat Joe Manchin of West Virginia. The legislation – which was derailed by a procedural hurdle – did not include climate targets, but did offer hundreds of millions of dollars in R&D for clean energy, electric vehicles, and enabling technologies such as energy storage and smart grids.

Clean energy support across the aisle

“There is a long history of bipartisan support for renewable power, and we look forward to working on this agenda with policymakers on both sides of the aisle,” said President and CEO of the American Council on Renewable Energy Gregory Wetstone.

Relief for the sector would protect jobs threatened by the Covid pandemic across the country, he said.

“Over the longer term, we will need to turn to an ambitious climate agenda that builds on state renewable standards with a nationwide programme, provides a level playing field for clean energy in the tax code, and includes a major effort to expand and upgrade the nation’s antiquated transmission infrastructure,” he added.

Infrastructure holds bipartisan promise in the context of a Covid recovery package, but that would be likely to take more of an ‘all of above’ approach to energy policy than one pursued by Democrats alone. Speaking before the election, research analyst at S&P Global Market Intelligence Adam Wilson said support for carbon capture and storage, for example, could enjoy support across the aisle, given its potential to enable the continued exploitation of fossil fuels while also protecting the climate.

However, even moderate climate proposals are unlikely to appeal to Senate Majority Leader Mitch McConnell – a strong supporter of his state of Kentucky’s coal sector. There are even questions as to whether McConnell will allow a recovery package to proceed, with or without clean energy provisions. He may calculate that the political cost of a failing US economy is likely to be disproportionately borne by the Biden administration.

Republicans will also have seen the exit polls from this election indicating that US voters didn’t rank climate change as one of their main concerns.

Certainly, history would suggest that obstructionism will be the order of the day in a Senate led by McConnell – who embraced the nickname ‘the Grim Reaper’ for turning the Senate into a legislative graveyard under Obama. In a deeply divided country, few political incentives seem to exist to encourage cooperation.

Topics in this article: US, US Elections 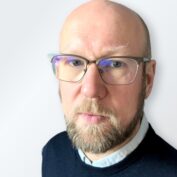