Net zero by mid-century will require a massive step up in clean energy investment – and nowhere is this truer than in the Global South. The current disparities in regional clean energy spend are stark. Just $44 will be spent per capita on clean energy in emerging market and developing economies in 2022, compared with $525 in advanced economies, according to the International Energy Agency’s latest World Investment Outlook.

One piece of positive clean energy investment news came at COP26 in Glasgow, when 39 countries and institutions pledged to end public financing of fossil fuels. G7 environment ministers agreed to pretty much the same in May 2022, adding Japan, the world’s second-largest public funder of fossil fuels after China, to the pledge. This is a major realignment of public energy budgets from the world’s largest economies: some $39bn of former oil and gas finance is now likely to be redirected from fossil fuels to other projects, estimates a recent report from the NGOs OCI, IISD and Tearfund.

The public finance pledges should help shift even larger flows of finance away from fossil fuels, as private financial flows tend to follow public finance. However, even if existing flows are redirected, they need to be massively ramped up to meet the challenge of net zero.

Indeed, the latest data from the World Bank shows private infrastructure investment is moving in the opposite direction. Infrastructure investment in low and middle-income countries in 2021 totalled $76.2bn – an increase of 49% on 2020, but still 12% lower than on the previous 5-year average, and less than half the figure recorded in 2012. Only projects with a total cost of more than $1m are included in the World Bank’s database.

Sustainable finance
What is being done to make data centres sustainable? 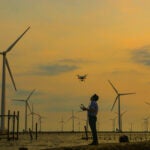 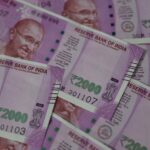 All energy projects recorded by the World Bank as receiving money were in the electricity sector, with 94% of those projects in the renewable energy sector. Solar power accounted for 45% of energy projects by investment value, compared with a 22% average over the past five years. The value of hydropower projects invested in has decreased substantially to $309m, mainly due to the large initial investments required for project launch and social and environmental considerations, says the World Bank’s report.

Some 33 countries saw all energy flows directed to renewable projects, compared with 29 countries in 2020.

While the growing proportion of private finance directed towards clean energy is good news for the planet, the overall level needs to be massively boosted if countries are to meet their climate pledges.

There are a number of reasons why investors may be more reluctant to invest in renewables than they once were with fossil fuels. Renewables projects require high upfront capital investment, followed by long-term renewable power purchase contracts that can be more complicated to negotiate in immature or more volatile markets.

Upstream oil and gas exploration traditionally offered investors the possibility of double digit returns, in contrast to the low profit margins offered by renewables projects. Low margins mean investors will want to access cheap capital, which can be hard in developing markets where big international finance organisations do not want to over-expose themselves.