Over the past 20 years, the feed-in tariffs at the heart of Germany’s Energiewende have helped individuals make money from their home solar panels, leading to the country’s rise as one of the renewables powerhouses of the world. The policy has also spurred many citizen energy groups to band together to fund big wind and solar projects that provide direct benefit back to their communities. Such projects, experts say, are key to winning citizen acceptance for renewables infrastructure.

However, feed-in tariffs are coming to an end, in Germany and across Europe, as governments transition to competitive auctions for state support. These auctions are, in theory, supposed to give preferential access to citizen-led community energy projects, but the data shows that, so far, the regulatory change seems to be benefitting flush-with-cash energy companies and crowding out citizens. The main problem appears to be countries interpreting EU state aid guidelines as meaning they can no longer subsidise community energy projects. 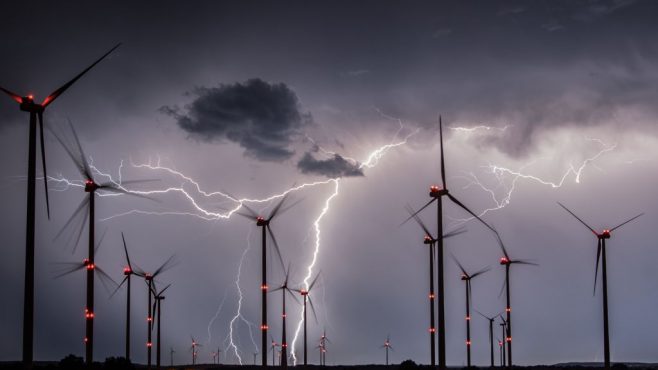 “Most of our members do not favour these changes,” says Dirk Vansintjan, president of REScoop, the European federation of citizen energy cooperatives. “Feed-in tariffs were favourable for citizens and groups of citizens because they gave a stable investment environment. Whereas if you depend on tenders your project fails or succeeds depending on whether you win, or lose, the tender.”

He adds: “For a big company with a pipeline of projects, winning some and losing some is feasible, but if you are an energy community and you want to put solar panels on the roof of a building, and you lose the tender, your project fails.”

Citizen ownership of renewable energy projects in Germany is already in decline. A survey commissioned by the German citizen energy association Bündnis Bürgerenergie in 2014 found more than half of renewable electricity was being generated by citizens. A similar survey conducted at the start of 2021 found that the share had fallen to one-third. Part of the reason for the drop is that overall renewables capacity has grown significantly – from 85GW in 2014 to 123GW in 2020. This growth has been mainly driven by big energy companies investing in large-scale renewable installations; while renewable energy increases, the proportion owned by citizens decreases.

The same pattern can be seen in Denmark, where wind energy cooperatives have been a big driver of the country's impressive wind power growth.

“The exclusive ownership model where wind farms are entirely owned by citizens has been declining,” says David Philipp Rudolph, a researcher at the Technical University of Denmark. “As wind technology gets more advanced, turbines get larger and more expensive, and so it gets more difficult for people to be financially able to develop such projects on their own."

However, the decrease in citizen-owned wind farms is "also related to the auctions and tenders that favour large projects”, he adds.

Denmark and Germany make up 80% of the community energy projects in Europe, and so a decline in these countries is of concern if the continent is to increase the share of such projects, as set out in the 2019 Clean Energy for All package.

We are seeing a perfect storm that will push out citizens from renewable energy ownership, Vansintjan says. He believes EU state aid guidelines are causing countries to run afoul of the Clean Energy for All legislation, which set a goal of increasing citizen involvement in energy and lays out what countries should do to achieve it.

“The package put consumers at the centre of Europe – not industry, not big business, not the oil companies,” says Vansintjan. “All EU member states are supposed to assess the obstacles for citizens to engage in renewable energy communities and make an enabling framework to take away those obstacles – but what we have seen so far from national governments is that this assessment is seldom or even never being done.”

Without that enabling framework, national governments have been left with only EU state aid guidelines. These guidelines seem to be scaring countries away from supporting anything that might be seen as giving community energy projects an advantage over others, Vansintjan says. The European Commission has rejected calls from his federation to add specific provisions for energy communities to state aid guidelines, he adds.

“They said they want to keep the guidelines as general as possible, and they asked us for proof that the current guidelines are harming these projects," says Vansintjan. "We provided them with the example of Germany, but it seems it wasn't convincing enough.”

The guidelines are under review. The Commission is consulting stakeholders on proposed draft climate, energy and environmental state aid guidelines to make sure they are compatible with the Green Deal, says Arianna Podesta from the EU executive's competition department.

"Under the proposal, member states are free to include energy communities in their schemes, and there are exceptions for small projects of 400 kilowatts to benefit from aid with no tender, and under direct price support with no obligation to sell into the market," she says.

The Commission is also planning to update the General Block Exemption Regulation, which generally provides increased scope for smaller schemes to be implemented without its prior approval.

Many are eager for these EU guidelines to be cleared up post-haste, because under the right conditions the potential for community-led renewable energy projects in Europe is significant. Such initiatives could make up a third of wind installations Europe-wide by 2050, up from around 5% today, shows analysis by consultancy CE Delft. With this in mind, the good news is that despite these regulatory and financing challenges, some European countries are finding solutions.

“In Denmark we have this old historical cooperative model where thousands of people can have shares in projects," says Rudolph. "Those are declining." However, there may be new ways of working that can replace older models, he suggests. The UK, for example, is moving forward with "community ownership models where a community trust or just a handful of people manage a project”, Rudolph says.

This solution may provide an interesting framework going forward in a world led by tenders because it caters to large projects, but revenues are diverted into the local community, rather than going to individuals, says Rudolph. However, more guidance is needed from the Commission about how such arrangements could be incentivised.

Vansintjan says Ireland provides the most promising example of turning the Clean Energy for All package into national law in a way that works for community energy.

“[Ireland] has set up a special tender envelope for energy communities – it is not what most of our members think is the best solution, they prefer feed-in tariffs, but it is the second-best option,” he says.

Since Ireland’s system has been approved by the Commission as not violating state aid rules, Vansintjan questions why such an approach cannot be stipulated in the guidelines to make it clear for all countries what they can and cannot do.

“We are hearing from governments that support is not possible because of EU state aid guidelines," he comments. "Then the Commission tells us, 'member states can do it, it is not forbidden'. We say, put some examples of what is allowed in the guidelines.”

Even if citizen-owned community energy projects are in decline, opportunities for individuals to invest in increasingly large renewables projects are growing. These opportunities will not give citizens the same sense of ownership and benefit necessary for public acceptance, says Rudolph, but it is a start.

“Getting shares or community benefits paid to local people is nice, but people still favour their own project," says Rudolph. "They see ‘we have done something on our own, the project is ours’."

Governance should enable both smaller community-owned projects and the ability to invest in larger projects, says Rudolph. "It is not about either or, it depends a lot on the local context,” he believes.

A few citizen shareholders will not eliminate the risk of a backlash against renewables infrastructure, warns Vansintjan. If big energy companies think they can pass off their projects as community energy initiatives, they should think again, he suggests.

“EDF, Engie, have all created cooperatives, they disguised themselves,” says Vansintjan. "We believe if we want to prevent things like the yellow jackets in France, where people from the rural areas revolt, people need to be really involved.”

National governments are still crafting the legislation that will implement the EU Clean Energy for All package. Even if feed-in tariffs will no longer be an option, advocates of community energy are pushing governments to set aside tenders for these citizens initiatives. Failure to achieve this may make it harder for citizens to see the benefits of giant renewable installations.