In the wake of the Covid-19 crisis, some committed ‘green” investors are urging banks, regulators and companies to expand their view of environmental risk to add biodiversity and nature to climate change. Widening reporting in this way could deepen ties between the environment and the real economy, increase the attractiveness of sustainable finance and speed up the low-carbon transition.

A vast new issuance of green funds and debt is evidence of growing interest in sustainable finance, as companies and countries fall over themselves to appeal to environmental, social and governance (ESG) criteria. This trend is especially apparent in Europe, where investors are targeting links between ESG and wider stock performance, and policymakers are sharpening environmental rules.

Hardly a day goes by where a company, country or indeed an entire continent, in the case of the EU, doesn’t announce or issue an ESG, climate, sustainable or transition bond, fund or other green financial instrument.

New efforts to standardise economic activity according to whether or not it counts as ‘green” indicates the growing maturity of this agenda. The most significant effort is the EU’s green taxonomy. This system categorises “green” into six boxes, namely carbon emissions reductions; the protection and restoration of biodiversity and ecosystems; climate change adaptation; the sustainable use of water; transition to a circular economy; and pollution control.

The cascading of these topics into the real economy seems inevitable, given that the European Commission attached to both its €1trn Green Deal and its more recent €750bn Covid stimulus package a “do no harm” condition.

In the green taxonomy, “do no harm” requires that any given activity must both substantially benefit one or more of the six objectives, and avoid significant harm to the others, to count as environmentally sustainable. Increasingly, this will be the benchmark to attract EU funds and the new legion of private ESG investors. Total assets managed by these investors rose by $71bn to $1.1trn in the first quarter of this year, says global financial services firm Morningstar.

The premise for incorporating nature as an equal environmental risk to climate change – where rising temperatures, shrinking ice and more intense heat waves and rainfall are obvious facts – is equally clear nature degradation. The alarming rate of biodiversity loss was spelled out recently by the WWF’s ‘Living Planet’ report, and the UN’s ‘Global Biodiversity Outlook’. 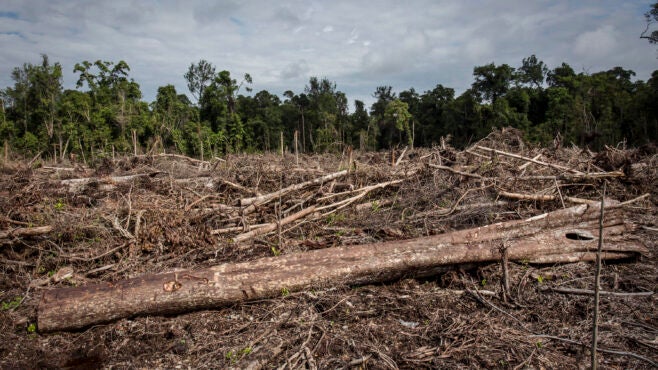 Widening the definition of environmental risk to biodiversity will have implications for a low-carbon energy transition, both negative, but more overwhelmingly positive.

Among tensions between the two, bioenergy is one big contender.

Bioenergy includes solid biomass, made from wood, food waste and other organic matter, that is burned to generate electricity, and liquid biofuels made from processed food crops such as corn (maize), to substitute for gasoline. The qualification of biomass and biofuels as low-carbon energy sources is already debatable because of the life cycle emissions from making and transporting them, and the direct carbon emissions from burning them.

Formalising notions of significant damage to biodiversity in definitions of ESG and economic activity in general would tip the scales further against bioenergy. The leading cause of biodiversity loss is land use change to more intensive uses, such as agriculture. Converting natural forests into biomass would obviously count as “significant harm” to biodiversity, and rightly so. But any “substantial benefit” from biofuels made using intensively farmed food or energy crops, which contribute to soil erosion and loss of soil biodiversity, may also become more doubtful.

Reporting both biodiversity and climate risks in a company’s exposure to bioenergy will not kill biomass and biofuels. It would, however, enable more nuanced decisions; for example, whether a small carbon benefit from investing in (or travelling with) an airline that substitutes jet fuel for biofuel outweighs biodiversity harm.

There are more obviously positive complementarities between climate action and nature conservation. The standout example is tropical forest conversation. Some 14 years ago, the economist Nicholas Stern pinpointed forest conservation as one of the cheapest ways to cut carbon emissions. Given that rainforests are also biodiversity hotspots, investors increasingly required to report biodiversity risk would steer well clear of commodity producers that convert these to pasture or palm and soya plantations, in Brazil or Indonesia, for example.

And there are complementarities between biodiversity and low-carbon energy.

In other words, any economic activity that depresses carbon emissions – by supporting low-carbon energy – would significantly benefit biodiversity too.

Perhaps the biggest complementarity between energy and biodiversity is the added weight and attention that biodiversity would give to environmental risk reporting in general, and the greater impact on the direction of the real economy via ESG investors and regulators.

Some ESG specialists may initially push back against biodiversity risk, having only recently got their heads around climate change. However, if they are prepared to learn from climate and carbon risk progress they have made over the past 20 years, the incorporation of biodiversity risk can be fast-tracked. Within the next two years, it too can become a norm of environmental reporting, benefiting nature and the clean energy transition.

Gerard Wynn is an analyst, writer and advisor in the fields of energy, climate change and the environment, most recently with the Institute for Energy Economics and Financial Analysis.

Topics in this article: ESG