Companies around the world are under increasing pressure to play a constructive role in transitioning the energy system away from fossil fuels and reducing CO2 impacts. Facebook is no exception. But while the company is moving its data centre operations to run on renewables, it is facing increasing criticism for the information it is presenting to users.

A report published last month by the campaign group Stop Funding Heat concluded that misinformation about the existence of climate change is being allowed to spread on the platform. The report identifies multiple loopholes in Facebook’s Third-Party Fact-Checking Program allowing this misinformation to spread. It says Facebook’s latest proposed solution to tackle the problem – the Climate Science Information Center – is not working. “There is no mention of climate misinformation across any of Facebook’s public policies,” concludes the report. 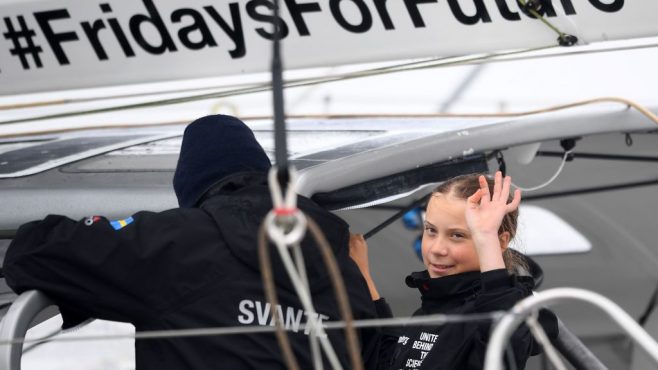 The problem, say the report’s authors, is a loophole allowing the sharing of opinions. They point to a recent column co-authored by the American climate change denier Pat Michaels in the Washington Examiner, a conservative magazine, claiming climate models are a “failure”.

The article was shared thousands of times on Facebook, even though the independent, third-party fact checker Science Feedback logged the article as false on Facebook’s system. This should normally trigger a warning for users if they want to share the article, with it appearing lower in newsfeed rankings. But Facebook instead labelled the article as an ‘opinion’, making it exempt from fact checking.

“Facebook needs to close this loophole, but it also needs to do plenty more beyond that to help mitigate the damage caused by climate denial on its platform,” insists Sara Hall, co-founder of Stop Funding Heat.

The increasing use of artificial intelligence (AI) and bots on social media to spread disinformation, sometimes by state actors as seen in recent US and European elections, also has climate campaigners worried. In a study published last month by Georgetown University, researchers used AI to write misleading tweets about climate change and measured whether people found them convincing. Most worryingly, they used a new technology called GPT-3, which can tailor content to specific audiences based on political ideology and affiliation.

But are people actually convinced by these types of messages? Anecdotally, it might seem that social media is a natural quagmire of climate denial, given how much misinformation is out there. However, the bulk of research on this topic has been inconclusive, with some studies finding that social media provides a net good by showing people the part they can play in the energy transition and putting pressure on companies.

A 2019 study by researchers at the IMT School for Advanced Studies Lucca and the University of Siena in Italy, which analysed climate denial on Twitter, found that for such messages on that platform to be effective, the poster needs to have a certain level of credibility. Looking at tweets from 2007 to 2017, they found the impact of climate-denying posts was limited.

They add: “In the case of reality about climate change, although there are many climate-sceptic messages, we showed that such messages are largely not credible and hence polarisation – a negative consequence for society – does not increase when users on the platform communicate among themselves.”

In other words, the mere presence of climate denial messages on social media does not mean those messages are shaping opinions or public policy. That depends more on the credibility of the source, according to the study.

Although research on the behavioural change – or lack thereof – resulting from climate denial online is unclear, research on social media’s ability to spur climate action is more straightforward.

According to a 2017 report from Ashley Anderson at Colorado State University in the US, social media encourages greater knowledge of climate change, mobilises climate change activists and provides a space for discussion on the issue. While there may be a causal link between providing online space for people who view climate change sceptically and an impact on human behaviour, it is much harder to demonstrate that link than one between pro-climate-action posts and outcomes.

Although there are many climate-sceptic messages, we showed that such messages are largely not credible and hence polarisation – a negative consequence for society – does not increase when users on the platform communicate among themselves. Abhishek Samantray, IMT School for Advanced Studies Lucca Paolo Pin, University of Siena, Italy

The most obvious examples in recent years have been the rise of Greta Thunberg and the school strikes for climate movement. Those mass actions have been fuelled by social media attention. As a consequence, politicians increasingly have mentioned the public protests by young people as justification for climate action in public policy.

A 2019 analysis by NewsWhip found that engagement with climate change content – the type urging action to combat it – on social media has generally grown year-on-year. That is partly a result of increased media attention, with 2019 seeing more articles written about climate change and climate-related initiatives (270,000) than any previous year.

The analysis found the climate-related social media posts which received most engagement in 2019 were all either supportive of climate action or from credible news sources reporting on climate activism. Many replies and comments to the posts were negative, but they were generally directed at Thunberg rather than against the concept of climate action, per se.

In short, the most effective social media messages would appear to be those that empower people to become part of the energy transition.

The other worry some climate campaigners have about social media is that it serves as a platform for companies to easily engage in greenwashing. But research shows it is much harder for companies to get away with posting misleading or meaningless bits of feel-good information about their role in tackling the climate crisis on social media than via traditional communication modes like advertising. Unlike ads, social media is a conversation.

“What often gets overlooked is that just as good news travels fast on social media, so does bad news,” writes Katrin Humal, a Swedish product professional and data advocate. “That includes instances when a company is trying to pull off an environmentally friendly face that it does not really have.”

In this way, social media works in favour of consumers rather than brands. If a company puts out a misleading or irrelevant greenwashing message on Twitter or Facebook, its core activity can be pointed out in the comments below. Such reactions can be seen with promotional social media campaigns from oil and gas companies, including Shell, ExxonMobil, Chevron, TotalEnergies (formerly Total) and BP, that barely mention their core products. The comments, however, suggest many people are more than willing to point this out.

For Joy, geology and biking aren't just passions. They're how she connects with and learns about her environment. #HumanEnergy pic.twitter.com/0va0itCGXp

Social media can also be used to more easily track contacts between politicians and the fossil fuel industry, for example.

NGO Global Witness recently launched a Twitter bot that monitors such interactions in the European Commission. An analysis published on 3 June found that since the Commission began disclosing lobbying meetings in December 2014, senior EU officials have held 813 meetings with gas companies and their industry associations, averaging two a week.

The goal is to “remind politicians that the world is watching when they are deciding whether to take yet another meeting with a gas lobbyist”, says Global Witness campaigner Barnaby Pace.

For companies and politicians, the lesson is clear. Social media is driving the conversation around climate change, not inhibiting it. The nature of how it works  presents risks for those trying to engage in a disingenuous way, while genuine efforts to transition energy systems away from fossil fuels can easily gain traction and reach people wanting to play their part. People want practical tools, not greenwashing, confirms a 2019 report by academics at Keio University in Japan.

And so while it may be unsettling to encounter climate change denial on social media, overall, Facebook, Twitter and company seem to be doing more good than harm to the energy transition.