It will likely be months before state and federal regulators render a definitive account of the failures that culminated in last week’s Texas energy crisis – but much is already clear. The infrastructure of temperate Texas was woefully unprepared for an extended period of extreme cold. Recommendations made in response to a similar, albeit less devastating, cold snap in 2011 went unheeded. As weather forecasters warned in early February that the entire state was headed for a deep freeze, Texas was not ready. 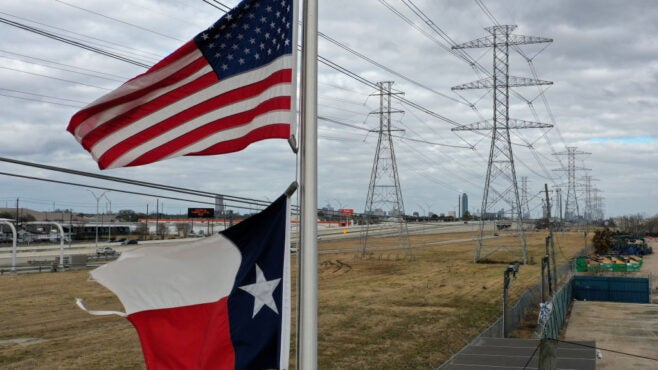 The US and Texas flags fly in front of high-voltage transmission towers this month in Houston, Texas. (Photo by Justin Sullivan/Getty Images)

Millions of Texan households, seeking comfort from the chill, cranked up their heaters. A total of 60% of Texan homes use electric heating. Unfortunately, many are equipped with outdated electric resistance heaters rather than super-efficient heat pumps. Electricity use soared to a winter peak demand record of 69,000MW – a figure previously only seen when homeowners turned to air conditioning during blistering summer heatwaves.

The extreme cold immobilised power generation facilities and other energy infrastructure across the state. Natural gas production wells stopped operating. Gas distribution pipes feeding power plants froze, as did instruments at large gas, coal and nuclear power plants. Wind turbines iced over. When power was needed most, much of it tripped offline. The state was “seconds and minutes” away from a “catastrophic”, months-long grid failure, said the Electric Reliability Council of Texas (ERCOT), which operates the grid that serves 90% of Texas’s electricity demand.

At the height of the crisis, four million households lost power. More than half of ERCOT’s winter generating capacity, an estimated 45GW, went offline, much of it from the state’s large natural gas power plants. Contrary to claims made by Republican politicians, renewable energy did not cause the crisis. Just 7% of ERCOT’s forecasted winter capacity, 6GW, was expected to come from wind. 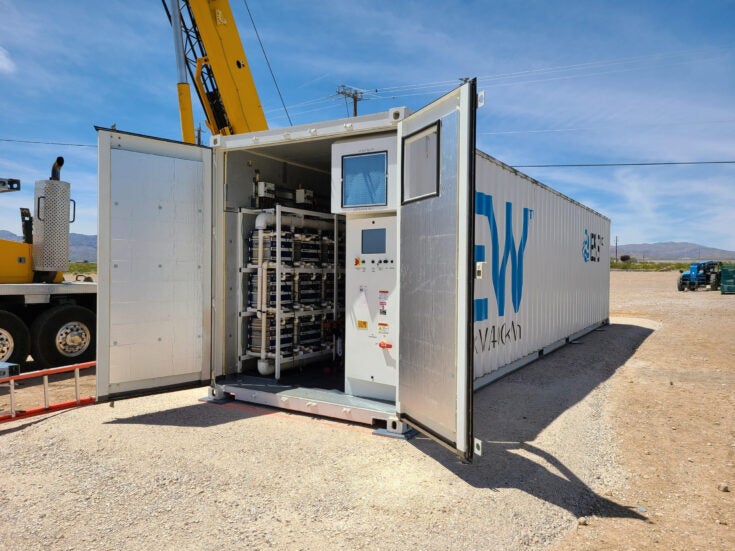 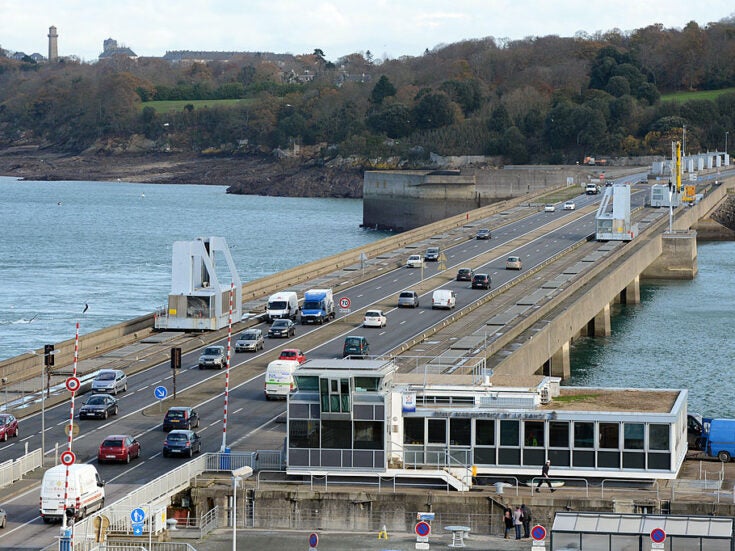 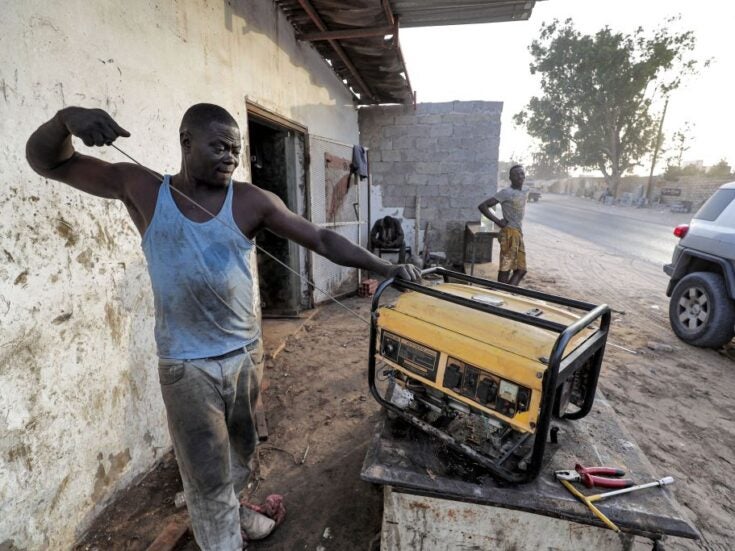 “It appears a lot of the generation that has gone offline today has been primarily due to issues on the natural gas system,” ERCOT’s Dan Woodfin said last week.

The cascading sequence of failures highlighted the vulnerability of an electricity grid left ill-equipped for the bitter cold even as a changing climate promises more frequent extreme weather of all kinds – cold, heat, drought and floods.

The action plan for Texas policymakers in the wake of the crisis is clear: wean the state from gas, especially in winter; abandon Texas’s energy sovereignty; blunt future electricity demand peaks with aggressive energy efficiency; and further diversify the range of clean energy assets added to the grid.

Natural gas accounts for two-thirds of Texas’s winter electricity supply, says Princeton University’s Jessie Jenkins. Without billions of dollars of investment to weather-proof the state’s natural gas system, clinging to gas presents an ongoing threat to the stability of the grid. However, at a time when President Biden wants to decarbonise the power sector by 2035, it is hardly fair to ask consumers to shoulder the cost of upgrading infrastructure that could be stranded in a carbon-constrained world.

Go-it-alone Texas should also give up on energy independence. Texas intentionally isolated its grid to avoid regulation by the Federal Energy Regulatory Commission. High-voltage direct current transmission connections to the west and east would have made it possible for Texas to import power when its own plants failed. Building interconnections would be a win-win, giving Texas the ability to export its abundant wind and solar power at a profit.

Last week’s crisis demonstrated Texas was not built for extreme cold. The state’s buildings were designed to shed heat in summer, not retain warmth in winter. Policymakers should ensure new buildings can do both.

Texas’s cheap electricity – the average retail price of electricity is around $0.80 a kilowatt-hour, $0.20 below the national average – is one reason why so many buildings rely on electric heating. Swapping inefficient electric resistance heaters for more efficient heat pumps could reduce heating electricity demand by 50%.

Clean energy technologies to the rescue

If Texas is to wean itself from gas, grid planners must ensure clean energy portfolios are ready to fill the capacity void. Fortunately, ERCOT’s interconnection queue is brimming with renewable energy projects. Combined solar and wind capacity of 35GW is expected to be added by 2023, says S&P Global.

Energy storage is coming, too. The installed battery energy storage capacity on the ERCOT grid was 225MW by the end of 2020 and is expected to top 2GW by 2022. More than 26GW is at the planning stage. Most of that storage will be provided by lithium-ion batteries, which typically provide power for up to four hours, but Texas will need other flexible and longer-duration energy storage technologies to ride out future cold snaps.

There is also an enormous energy resource waiting to be tapped offshore. Texas comes in third, in a ranking of US offshore wind technical potential by state, with more than 200GW, finds the National Renewable Energy Laboratory. Texas Governor Greg Abbott should join his counterpart in Louisiana, John Bel Edwards, in calling on the federal government to initiate commercial leasing for offshore wind energy development in the Gulf of Mexico where turbines would be less exposed to extreme cold.

Texas can avoid a repeat of last week’s deadly and debilitating grid crisis but resilience in the face of future extreme weather events requires a clean energy system built for a changing climate.