This year has been a breakthrough one for hydrogen, shows Energy Monitor’s weekly data based on analysis of GlobalData figures. Stock prices in the hydrogen sector have reached unprecedented heights, with a stock price index of 3104 in Q1 2021 indexed to 100 in Q1 2014.

Barbara Monterrubio, an energy transition analyst at GlobalData, suggests hydrogen prices spiked at the start of the pandemic because there was a sudden increase in demand to make up for other fuel shortages. In addition, there was increased interest in clean hydrogen. Many companies emerged with the goal of scaling up and developing more efficient technologies to bring down prices, she says.

“Hydrogen is a new industry that has [public] support and the potential to decarbonise," notes Monterrubio. "It can support power plants and industry in getting to net zero.”

The indexed stock price came down a little in the second half of 2021, she continues, because fresh supplies hit the market, stabilising it a little. Scaling up electrolysers and other hydrogen technologies has also helped bring down prices. Finally, “the market has experienced 'certainty' that hydrogen can be developed thanks to different pilot projects and trials”, she sums up.

Hydrogen has found a key place in many European countries’ economic recovery plans, with Germany alone dedicating €9bn to a clean hydrogen economy.

While there have been upticks in the number of deals over the years, 2021 was the first year in which the stock price index of hydrogen-related companies grew so fast.

Monterrubio says: “We are currently on a plateau. We expect there may be another uptick [in hydrogen stock prices] when the markets open again in the new year but not at the levels of this year [2021].”

It is a nascent market, so it is difficult to predict a one-year evolution, she explains. Nevertheless, she expects more clean hydrogen project announcements; government support and national hydrogen strategies; R&D and efforts at scale-up; support for project financing; a small cutback on prices; and, before 2025, the first green hydrogen exports.

Hydrogen development in Europe faces a crucial test in the months ahead, as the European Commission is set to release criteria stipulating what constitutes green hydrogen. These criteria are likely to have serious repercussions for final investment decisions on electrolysers. They will mandate that renewable hydrogen must be made from ‘additional’ renewable electricity.

Topics in this article: Weekly Data 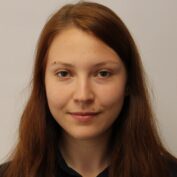