With battery prices on a steep decline, energy storage has emerged as an affordable, flexible grid-balancing tool. Record-breaking deployments in pioneer markets like the US and Australia are demonstrating why boosters were so bullish on storage’s potential role in the clean energy transition. 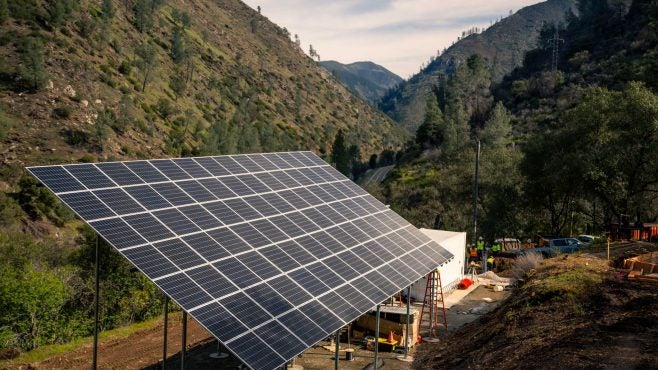 Battery energy storage systems are installed in homes and businesses, or in the field at remote sites or substations, to soak up electricity and, when charged, release it on demand. For the purpose of this article, “energy storage” refers largely to stationary lithium-ion batteries, today’s dominant technology. The ability to store and discharge electricity at will provides stakeholders on and off the grid maximum flexibility to manage power flows – and make money.

Battery pack prices have fallen fast, down 89% since 2010, says research company BloombergNEF (BNEF), making their deployment increasingly cost effective. In California, batteries are being installed to replace gas-fired turbines to provide power when the grid is under strain. In Australia, massive batteries are being built at the sites of soon-to-close or shuttered fossil fuel power plants. 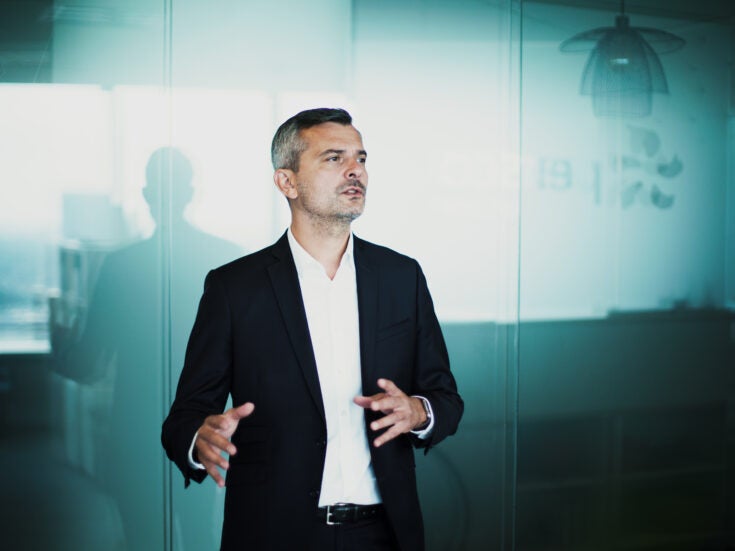 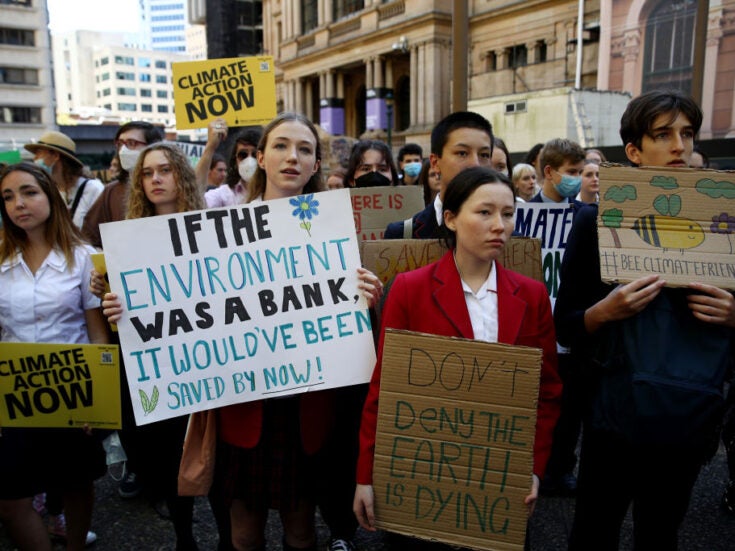 The US energy storage market is a harbinger of where the global market is going.

New data from research company Wood Mackenzie and the US Energy Storage Association (ESA) illustrates how far energy storage has come in the world’s largest market. More than 2,100 megawatt-hours (MWh) of energy storage was installed in the US in the final quarter of 2020, an increase of 182% over the previous quarter and a new quarterly record, according to their latest US Energy Storage Monitor. Nearly 1,500MW of energy storage capacity – equivalent to the capacity of three mid-size coal-fired power plants – was brought online in 2020, more than 40% of that in the final quarter.

“As prices fall and barriers to storage are eroded, front-of-the-meter storage is taking off in the US,” wrote the report’s authors. Momentum is building. Wood Mackenzie and ESA expect five times more energy storage capacity to be installed in 2025 than in the record-breaking 2020.

“The US installed 3,115MWh of storage from 2013 through 2019, a total that 2020 beat in a single year,” says Dan Finn-Foley, Wood Mackenzie’s head of energy storage. “This is the hallmark of a market beginning to accelerate exponentially.

“The new largest battery in the world, the 300MW/1,200MWh system newly installed at Moss Landing [California], likely won’t hold that title for long,” he adds.

The mega-battery at Moss Landing is an early example of what will soon be commonplace in California and other markets that are rapidly transitioning to renewable sources of power. Today, renewables supply 36% of California’s electricity. The state is required to achieve 60% renewables by the end of the decade and a carbon-free grid by 2045. Wary of a potential near-term electricity shortfall as ageing natural gas power plants retire, state regulators directed California utilities in 2019 to secure a total of 3.3GW of new reserve power capacity by 2023.

The directive has triggered a wave of procurements for large-scale battery energy projects that can soak up surplus solar power at midday and discharge electricity in the early evening hours as the sun fades and home energy demand spikes. Vistra Corporation, the Texas-based energy company that built the Moss Landing Energy Storage Facility, recently proposed an even bigger project. The company wants to build a 600MW battery energy storage facility at a shuttered natural gas power plant in the city of Morro Bay on California’s Central Coast.

*all relevant caveats, such as not everything in the queue gets built, apply pic.twitter.com/IDfqW37N9Y

Residential battery installations are flourishing too. Households accounted for most of the 31,000 battery energy storage systems installed in Australia in 2020, a 20% increase over 2019. More than 33,000 home batteries are expected to be installed this year, says research firm SunWiz. In Germany, 100,000 residential battery systems were added in 2020. In all, 300,000 home batteries have been installed in the country and cumulative residential energy storage capacity is 2.3GWh, finds 3 Energie Consulting. Nearly 70% of new solar installations in Germany include battery storage.

At remote sites, energy storage can provide energy security and reduce on-site fuel consumption. The battery maker Saft offers an energy storage system that can be shipped by road or sea in 20ft standardised containers that includes the HVAC system, air ducting, fan and control room. Saft, which is headquartered near Paris, was acquired by the French oil major Total in 2016.

At Glencore’s Reglan Nickel Mine in the far north of Quebec, Canada, which is accessible only by sea, Saft recently installed a 3.5MW/1.6MWh lithium-ion energy storage system as part of a microgrid that includes two 3MW wind turbines and 35.2MW of diesel generators. With the storage in place, wind energy curtailment has dropped by 25% and the mine avoids burning 4.2 million litres of diesel and releasing 6,800 tonnes (t) of CO2 a year.

In the desert of Western Australia, Saft commissioned a 13MW/4MWh energy storage system in May 2020 as part of Australia’s largest hybrid renewable energy microgrid. The system, which powers the Agnew gold mine, includes 4MW of solar, 18MW of wind, and 21MW of gas and diesel-fired generation. Daily renewable energy penetration now averages 50–60% and reaches as high as 70% on optimal days. In addition to preventing the release of 46,400t of CO2 annually, the energy storage system provides services to the microgrid such as smoothing variable renewable energy generation and providing frequency control.

“Even a modestly sized storage battery [of less than one hour storage capacity], when well-designed and correctly implemented, can enable renewable generation sources to make the maximum contribution to a remote site as well as offering substantial Opex and CO2 savings,” conclude Saft’s Michael Lippert and Jim McDowall.

The Briceburg Fire scorched more than 5,500 acres in October 2019 in a remote area not far from Yosemite National Park. Fire damage to the power distribution lines has left the small community reliant on diesel generators for electricity. Instead of replacing the damaged power lines, Pacific Gas & Electric (PG&E), the state’s largest utility and local power provider, used Briceburg to test its “stand-alone power system,” or “remote grid,” concept.

“An on-site power system will eliminate much of the maintenance and vegetation management costs needed for power lines and help mitigate the risk of future wildfires sparked by electrical infrastructure,” said the two companies in a statement.

PG&E plans to deploy 20 remote grids in areas at high risk of wildfires by the end of 2022. The utility told state regulators that its “service territory may yield an eventual portfolio of several hundred remote grid line segment opportunities in total”.

Regulators are working to ensure that grid-connected homes and businesses can get more value from their energy storage systems. In September 2020, the US Federal Energy Regulatory Commission (FERC) issued an order directing regional grid operators to develop rules and tariffs that enable battery energy storage systems, rooftop solar panels and other distributed energy resources (DERs) to participate in wholesale power markets. Regional grid operators are to submit implementation plans to the FERC this summer.

When the rules and tariffs are in place, aggregations of DERs will be able to bid into wholesale power, capacity and ancillary services markets that are today dominated by conventional fossil fuelled-resources. Energy companies across the country could then pay groups of homeowners for the privilege of accessing the capacity of their batteries a handful of times each year, such as when the grid is strained during a summer heat wave.

“FERC’s order points to a future in which aggregations of DERs can provide a wide variety of services in wholesale markets,  providing a new source of revenue for DER hosts and aggregators,” write Jeff Dennis and Prusha Hasan of Advanced Energy Economy, a Washington, DC-based trade association. If the order is fully implemented, DERs could usher in “more distributed, flexible, reliable, customer-focused electricity”.

Policymakers are working to decrease battery prices even further and grow domestic markets. In December 2020, the US Department of Energy (DOE) released the Energy Storage Grand Challenge Roadmap with a goal “to develop and domestically manufacture energy storage technologies that can meet all US market demands by 2030”.

The roadmap includes ambitious cost and performance targets. The DOE wants to see the levelised cost of long-duration energy storage decline by 90% to $0.05 a kilowatt-hour (kWh) by 2030. When fully charged, lithium-ion batteries can typically discharge for up to four hours. Grid operators have called for the commercialisation of storage technologies that can dispatch for longer periods, especially during extreme weather events like the recent multi-day cold snap in Texas. The DOE is also aiming for the manufacturing cost of lithium-ion battery packs to drop to $80/kWh by 2030. Lithium-ion battery pack prices were $137/kWh on average at the end of 2020, says BNEF.

In the US Congress, lawmakers from both chambers introduced legislation in March to create a stand-alone federal investment tax credit for energy storage for residential and utility-scale projects. Under current law, energy storage is eligible for the investment tax credit only when installed with solar. The new bill would expand eligibility to additional applications.

Expect the US to dominate the global market for at least the next decade. Wood Mackenzie says global energy storage capacity will expand at a 31% compound annual growth rate through 2030. By then, the US will still account for nearly 50% of global cumulative energy storage capacity. China’s market, second after the US, will grow “exponentially” and account for 21% of global cumulative capacity by 2030.