Ridding the world of fossil fuels goes hand-in-hand with the goal of bringing clean energy to all. In 2015, the most powerful economies in the world, the G20, announced an “action plan” to connect the 10% of people still lacking access to electricity. The plan committed, voluntarily, to strengthen collaboration, share knowledge and breathe new life into existing initiatives, in particular in sub-Saharan Africa. As Covid-19 pushes up the number of people living without electricity for the first time in years, getting G20 leaders meeting this month to agree to a post-pandemic, energy access reboot based around renewables is urgently required. 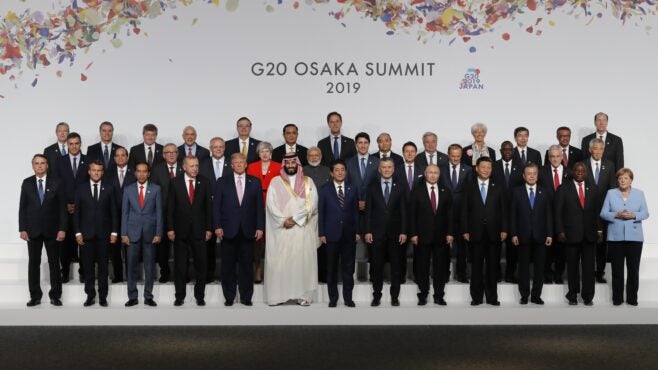 World leaders at the G20 summit in 2019 in Osaka, Japan. (Photo by Kim Kyung-Hoon – Pool/Getty Images)

Last month, the 2020 World Energy Outlook from the International Energy Agency reported that for the first time since 2013, the goal of eradicating energy poverty for roughly 600 million people in Africa is moving further away – and the number of people living without electricity on the continent is set to rise because of Covid-19. One reason is that the pandemic has battered the private sector companies delivering energy access in Africa and their customers’ ability to pay, shows recent surveys, which warn that ten years of progress on energy access is in jeopardy.

The dire situation was reinforced by analysis from the Sustainable Development Solutions Network, which found that only one country in Africa, Gabon, is on track to achieve Sustainable Development Goal 7 (SDG7), access to affordable, clean, reliable and modern energy. Three countries were “decreasing”, 28 countries were “stagnating”, and the rest, 22 countries, were only “moderately increasing”. All 54 countries face challenges in meeting SDG7, with more than three quarters still having “major challenges”.

In September, G20 energy ministers issued a communiqué reaffirming their commitment to accelerating energy access and called on “members and relevant international organisations to consider, again on a voluntary basis, the acceleration of the pace of access to clean cooking and electrification”. However, given unmet past promises, recent negative trends and the state of the global economy, voluntary commitments are clearly no longer good enough to achieve this goal.

G20: Why leaders must agree a post-pandemic, energy access reboot

The latest communiqué focused on: results-based financing mechanisms; consolidating clean cooking market-building efforts; assisting governments with integrated energy plans that require national commitments; building the capacity of public and private sectors in targeted countries; and supporting institutions and enabling frameworks to leverage the private sector for an all fuels, all technologies approach.

Taken one at a time, these aims, largely the result of prodding by clean energy advocates, are good starts.

A focus on results-based financing is critical for mobilising commercial capital. Investors have said unequivocally that they are ready to deploy billions into mini-grids and other decentralised renewables if a sensible Africa-wide finance plan is created, but unfortunately this is still not the case. Initiatives aimed at advancing clean cooking and rural electrification are often duplicative and misaligned. G20 donors continue to have a ‘not-made-here’ mentality that stresses their own narrowly focused programmes and prevents true sector-wide collaboration. Local capacity is also a major stumbling block and ‘technical assistance’ by donors for national governments is often eaten up by consultants.

A case in point is energy planning. Many government officials say privately that plans developed by external consultants frequently lack adequate understanding of local conditions and that too little support is devoted to the hard work of implementation. Similarly, an all fuels approach harkens back to 2015 when the previous action plan stipulated “the usage of all available indigenous renewable and fossil energy resources”. However, much has changed since then, with the affordability of renewable energy solutions often making fossil fuel options a poor choice that could result in locking in dirty infrastructure for decades to come that is neither climate-smart nor climate-resilient.

However, none of this will matter unless the G20 – the next meeting will be hosted by Riyadh, Saudi Arabia, on 21–22 November – moves from voluntary communiqués to showing it is serious about ensuring targeted action. While the G20 does not issue legally binding decisions, it can send clear and influential market signals to countries that rely on its loans and grants, and to private sector actors deciding how to deploy their capital.

It is high time the richest countries agreed a mechanism to translate commitment into national-level action based on a common vision and co-investment among G20 donors and national governments. A focus on women, youth and supporting local entrepreneurs is critical, as is strengthening links between energy access and other development goals related to healthcare, food security and decent work.

Access to energy is the most critical input for economic development. Guaranteeing a post-Covid recovery for Africa begins at the G20 summit in Saudi Arabia later this month, when leaders have an opportunity to put their money where their mouth is by setting clear, measurable targets. Especially important is the role of Italy, which assumes the G20 presidency for the coming year and must hold the G20 accountable to those targets leading into the UN General Assembly in 2021. This assembly will, for the first time in 40 years, include a ‘High-Level Dialogue on Energy’. In conjunction with next year’s COP26, these events are an important opportunity to accelerate development and climate finance into clean energy access.

William Brent is a long-time advocate of climate solutions, and a leader at Power for All, based in Barcelona, Spain. 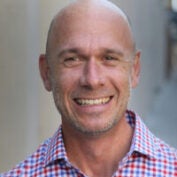