Carbon capture and storage (CCS) is “a necessity, not an option”, says the UK’s Committee on Climate Change (CCC), an independent advisory body to the UK Government.

Up to 175 million tonnes of CO2 – around half the country’s 2019 emissions – will need to be captured annually by 2050 to reach the goal of net zero greenhouse gas emissions. The CCC estimates this will require “a major CO2 transport and storage infrastructure servicing at least five [industrial] clusters”. But despite warm words from Westminster, concrete action has been slow to materialise.

The UK is not alone in this. Global deployment of CCS is “woefully below” the level needed to capture 450 million tonnes of CO2 annually by 2030, says the International Energy Agency. This is what the agency believes is needed to stay within the limits of the Paris Climate Agreement. Its latest figures show that existing industrial CCS projects capture less than 35 million tonnes of CO2 a year, with just 19 schemes in operation worldwide.

“Funding in the UK has been made available for research and development, but as yet, a policy framework to incentivise deployment [based on] regulations, taxes and subsidies has not come forward,” says Josh Burke, a policy analyst at the London School of Economics’ Grantham Research Institute on Climate Change and the Environment. 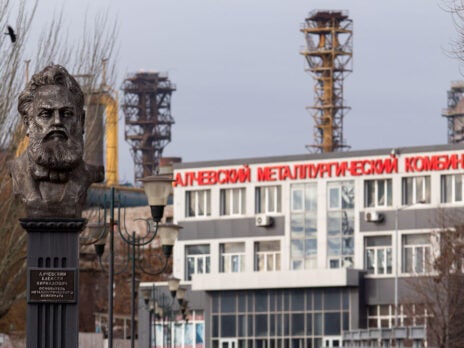 Central and eastern Europe must cooperate on CCS 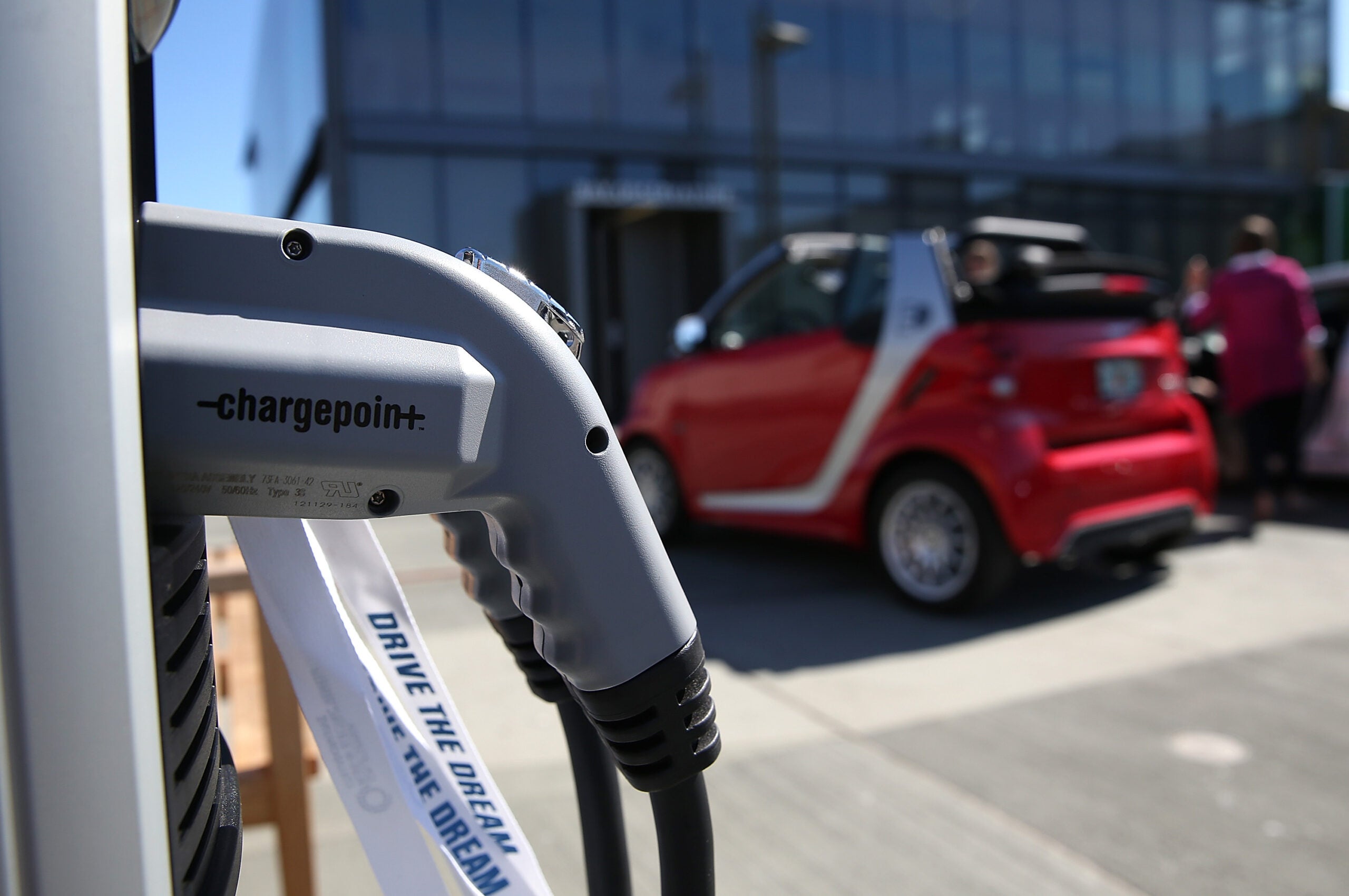 Experts agree that an essential first step is for policymakers to propose business models that companies could follow as they plan a CCS infrastructure across industrial clusters.

“Unless investors and banks see a viable business model, it may be difficult for expansive, large-scale projects to take a final investment decision,” says Emrah Durusut from consultancy Element Energy.

Consultations on such business models were held by the UK’s Department for Business, Energy and Industrial Strategy (BEIS) in 2019, but ten months after they closed, a response has yet to be published. The feedback is still being analysed and a review will be presented “in due course”, says the government.

The UK Government has a poor track record on CCS. In 2015, the Treasury cancelled a £1bn commercialisation programme at short notice. A prior support scheme was scrapped by BEIS’s predecessor, the Department of Energy and Climate Change (DECC), in 2011.

Burke suggests this “chequered history” has rattled confidence in the sector.

“To scale up, developers need confidence that a stable and predictable policy environment will emerge – only then will it be possible to crowd in private investment,” he says. “Clearly the decision five years ago [to scrap the £1bn programme] significantly undermined this, with only glacial progress since.”

Experts consider the slow progress to be a result of the government’s reluctance to dictate to the market how CCS should be developed, despite its acknowledgment that the technology will be integral to industrial decarbonisation.

“Aversion to market intervention and a preference for industry to take on greater financial risk has likely stalled the advancement of scalable CCS projects,” says Burke.

Joseph Dutton from climate think tank E3G believes Westminster does not want to be seen to be picking winners.

“That is anathema to how this government works, it doesn’t like to be interventionist,” he says. “But we’ve seen in the low-carbon energy sector, like with offshore wind, the best way to get things off the ground is to just make a very clear decision and go for it.”

There are also concerns about reputational risk around CCS.

“It may be that policymakers don’t think CCS is popular with the public and therefore don’t want to be associated with investing in it,” says Dutton. “There is an interplay between CCS and the oil and gas industry, and what that means for net zero [emissions]. That is very messy, and it is as much about politics as it is about policies.”

“We would like to see the government clearly set out its ambition, so we can work towards that,” he says.

”We have argued for a clear target of a reasonable level of CCS by 2030 so that industry understands what the market opportunity is, and can then go out and start to develop that,” says Warren.

He suggests a storage target of at least 10 million tonnes of CO2 a year, equivalent to around 2.8% of the UK’s overall carbon emissions in 2019.

This target is in line with the CCC’s latest recommendation to the UK Parliament, which calls for carbon capture technology to be “operational at multiple industrial clusters from the mid-2020s”.

Ministers want one net-zero cluster by 2040 and CCS operational in at least two sites by 2030. The Industrial Decarbonisation Challenge (IDC), a UK Government-led initiative to support the low-carbon transition, has identified six clusters of heavy industry with a combined annual CO2 output of 40 million tonnes – roughly a third of all business and industrial emissions in the country.

The clusters – in Humberside, Teesside, north-west England, Southampton, south Wales and Grangemouth in Scotland – have developed roadmaps showing how they can become low-carbon centres and future-proof local economies. The roadmaps include significant roles for carbon capture for power generation, hydrogen production and hard-to-abate industrial process emissions.

The biggest cluster, Humberside, produces around 14 million tonnes of CO2 a year. According to the 11-member consortium coordinating its net zero emissions proposal, which includes Drax Group, National Grid Ventures and Equinor, it has the potential to capture and store a tenth of the UK’s annual carbon emissions by 2040.

The projects are currently at the stage of concept feasibility studies, says Warren. More detailed front-end engineering design to identify specific technical requirements, cost projections and potential timelines are planned for the end of 2020. This should pave the way for final investment decisions.

The Industrial Strategy Challenge Fund, the UK Government scheme that administers the IDC, has made £171m available to develop these initiatives. This is in addition to the £800m allocated to carbon capture technology in the March budget.

Durusut says this funding is “enough for front-end engineering design and some construction costs, but not for a final investment decision. Even if government pays every single penny needed for capital costs, projects will still not be viable if you don’t have operational support”.

These plans need to include support for a CO2 transport and storage infrastructure for industrial clusters to connect with, Dutton adds, without which there is little incentive for companies to begin capturing their emissions.

This “common infrastructure”, says Warren, will enable multiple carbon emitters in a cluster to share the same pipelines and storage, bringing down the costs of deployment significantly.

“It is one big chicken coop,” says Dutton. “We hear from people who say ‘if we were required by the government to capture carbon and there was a pipeline network to put it into, we would do it. But until that moment we are not going to invest in capture technology because there is nowhere for the CO2 to go’.”

An official audit of the UK’s existing network of gas pipelines and underground storage capacity, much of which has serviced the North Sea oil and gas industry for years, would help show what can be repurposed and what needs to be built, says Dutton. Ministers have voiced support for this, citing “significant” potential savings on upfront capital costs.

“The government […]  needs to be more interventionist,” Dutton says. “There needs to be a much more networked industry, with multiple capture sites connected to the same CO2 transport and storage infrastructure.”

Topics in this article: CCUS, UK