On the streets of Maputo, Mozambique, the majority of vehicles have one thing in common: they are at least a decade old. Brand new cars are a rare sight and electric vehicles (EVs) are nearly unheard of. Instead, most vehicles have been imported to Mozambique after years of use in Japan.

The same is true in many other African countries: 40% of the global exports of used light duty vehicles (cars, vans, SUVs and pickup trucks) go to Africa, compared with only 2% of new vehicles.

An estimated 80–90% of vehicles imported to Kenya, Ethiopia and Nigeria are used – and this proportion may be even higher in lower-income African countries. In Kenya, the average age of imported used cars is seven years; imports of cars over eight years old are banned. In Ethiopia and Nigeria, most imported vehicles are more than 11 years old; a quarter of vehicles imported to Nigeria are more than 19 years old. Only South Africa, Egypt and Sudan have banned used car imports entirely. 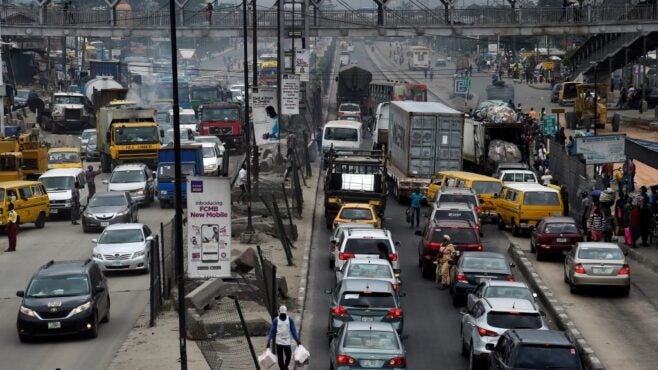 This picture may soon be disrupted. Global automotive markets are changing fast. A combination of technology improvements and rapidly falling costs mean electric mobility is expanding fast in vehicle markets across the world. Major manufacturers are beginning to shift away from the internal combustion engine to producing hybrid or fully electric models. In an “ambitious yet feasible” scenario in line with the Paris climate goals, 22% of global vehicle sales could be electric by 2025, rising to 35% by 2030. 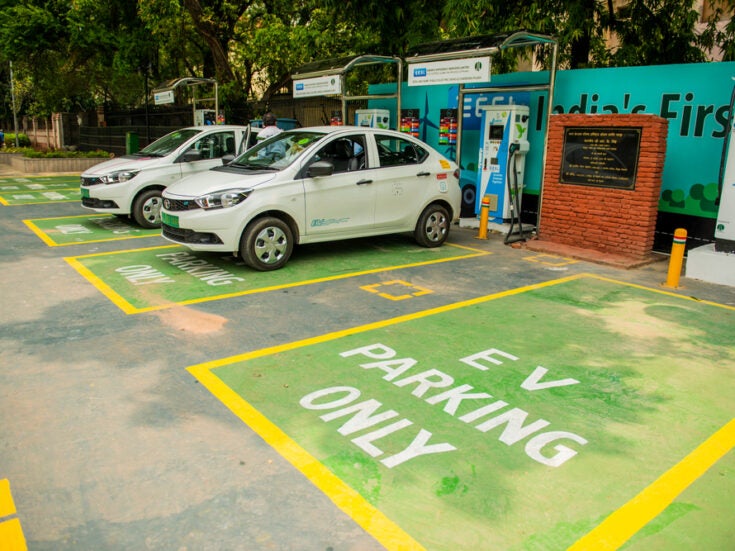 However, due to heavy reliance on used car imports and major infrastructure constraints, the pathway to EVs in many African countries is far less clear.

Globally, at least 17 countries have announced target dates to phase out the sale of internal combustion engine vehicles. Only one African country has taken steps in this direction, however: the small island nation of Cape Verde is targeting an end to imports of such vehicles by 2035.

Electric cars remain rare in most of Africa. In South Africa, thought to be the largest EV market on the continent, only 1,000 EVs had been purchased by 2019 – out of more than 12 million vehicles on South Africa’s roads. Even fewer electric cars are in operation in most other African countries.

Europe primarily exports its cars to West and North Africa. Nine European countries have already announced internal combustion engine phase-out dates, and a stronger electrification push is expected across the EU to enable it to meet its net-zero goal in 2050 and a new, tougher climate target in 2030.

In Japan, the biggest exporter of used cars to Mozambique and other right-hand drive countries in Eastern and Southern Africa, a phase-out date of 2035 for internal combustion engine cars was recently floated, to help the country meet its new climate targets.

The largest vehicle market in the US, California, has also announced a phase out of internal combustion engine cars by 2035. Vehicle electrification efforts across the rest of the US are expected to accelerate under the new Biden administration.

There are different scenarios for how this rapid change in automotive markets in exporting countries will impact importers in Africa.

The first is a ‘dumping’ scenario. A fast exit from internal combustion engine vehicles in rich countries could mean a flood of redundant petrol and diesel cars being exported to Africa, with vehicle electrification in Africa remaining sluggish.

This could exacerbate global environmental inequity. Health impacts from air pollution in African cities would continue to worsen, while air quality would improve in the developed world as diesel and petrol cars disappear.

Dumping polluting and unroadworthy vehicles in Africa is already a problem. “Millions of used cars, vans and minibuses exported from Europe, the US and Japan to low and middle-income countries are hindering efforts to combat climate change,” warns a UN Environment Programme report from October 2020. “They are contributing to air pollution and are often involved in road accidents. Many of them are of poor quality and would fail roadworthiness tests in the exporting countries.”

Taken to its extreme, this scenario could see a Cuba-style prospect of ageing and increasingly obsolete petrol and diesel cars kept running in African countries for years after they exit general circulation in richer nations.

A second scenario would see EVs beginning to ‘trickle down” to importing countries in Africa once their original owners in Europe, Japan or North America have moved on to newer models. This would see a small number of used electric cars exported to Africa over the next few years, followed by a far greater number five to 15 years after the EV market takes off.

This scenario too is problematic. From a climate perspective, relying on a trickle down of used vehicles will not decarbonise transport in developing countries fast enough.

The global fleet of light duty vehicles is expected to double by 2050, with 90% of this growth forecast in developing and industrialising countries that import used vehicles. In Paris-compliant decarbonisation scenarios, however, around 40% of light vehicles in Africa are electric by 2050 – which implies much faster take-up than could be achieved by importing used electric cars alone.

Even a relatively slow diffusion of EVs may face challenges in African countries with weak electricity grids. While grids in Europe have been able to cope with electric mobility, electricity systems in many African countries are already under strain. Frequent brownouts in some countries could limit consumer demand for electric cars, as power cuts would cut off access to transport.

Outside of cities, access to electricity to power EVs will also be a challenge. In Mozambique, only a third of households have regular electricity access (though the government targets universal energy access by 2030). While most of these households are not car owners, transport services in rural areas such as minibus and motorcycle taxis will struggle to go electric until a more extensive electricity grid is in place.

A further uncertainty relates to the longevity of EVs and how long used exemplars will continue to operate. Electric drivetrains have fewer moving parts so less can go wrong, but batteries do degrade with use, and gradually lose range and performance.

Internal combustion engine vehicles earn relatively little when sold for scrap – and in some cases owners must pay to dispose of them – which provides an incentive to sell used vehicles abroad. For EVs, however, importers face competition: ‘second-life’ batteries will be valuable as a source of stationary energy storage, suggests McKinsey.

The third, more positive scenario is a more home-grown approach to transport electrification, where the EV market adapts to local needs.

With smart technologies and appropriate regulation, EVs could become an asset rather than a threat to grid stability, through dynamic charging and vehicle-to-grid applications. For consumers affected by regular power cuts, it may be possible to use electric car batteries to power domestic appliances until grid electricity is restored.

And while electricity systems in many African countries are currently limited, they are expanding fast: power generation capacity is expected to more than double by 2040. The shift to transport electrification will be far easier to manage if it is factored into grid upgrades at an early stage, instead of taking grid operators by surprise further down the line.

In this scenario, it is also likely that electric cars will only be a minority part of Africa’s electric mobility journey. Africa has the smallest per capita car ownership level of any region in the world. Private cars represent a minority of journeys in sub-Saharan Africa. Other segments – buses, shared minibuses, taxis and moto-taxis, motorcycles and even bicycles – may be better suited to electrify first.

A few countries are already tapping into this potential. In Kigali, Rwandan start-up Ampersand is introducing a fleet of electric motorcycle taxis and plans to expand to other East African countries. In Uganda, locally manufactured electric buses from Kiira Motors have started transporting passengers in Kampala. Namibian start-up ebikes4africa has pivoted from its electric bicycles supplying the tourist market – which vanished due to the Covid-19 pandemic – to their use for deliveries by food vendors and pharmacies.

Rather than being merely a dumping ground for the world’s most polluting vehicles, African countries may become a fast-growing source of demand for electric transport, and a source of innovation for new electric mobility technologies and business models. Governments and investors can support this innovation to scale up, and accelerate planning for Africa’s EV future. 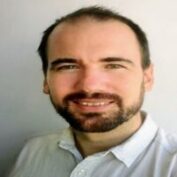