After nearly 14 years of work, South Africa’s carbon tax act was finally signed into law in May 2019, coming into force a month later. One unintended outcome of this new law is the revival of the country’s flagging domestic carbon offset market as companies look to reduce the amount of carbon tax on their books. In the run up to COP26, the expansion of the market could feed into discussions about a regional southern African offset scheme. 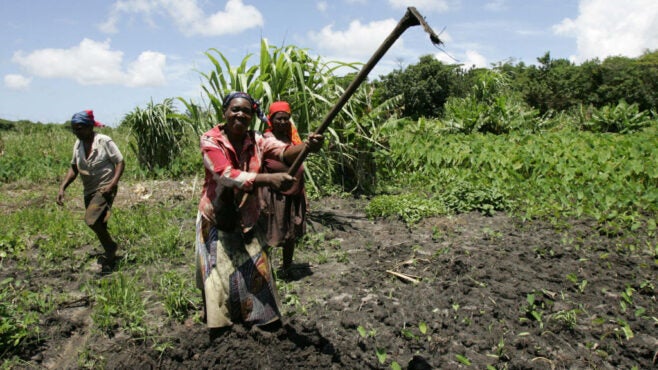 South Africa has had a carbon market since 2005, but in the early days it failed to grow as fast as many had expected. Some blamed a lack of interest in the scheme among senior staff within the-then Department of Environmental Affairs (DEA).

“A lot of people who went into government in the early part of our democracy, from 1994, were necessarily activists [involved in overthrowing Apartheid],” says Andrew Gilder, director of South Africa-based climate and carbon consultancy Climate Legal. “Many who joined the DEA came from the environmental activism of the 1980s, which was a milieu diametrically opposed to the notion of environmental commodities markets.”

Attitudes have changed, however, says Gilder, as a new generation of policymakers have risen through the ranks. “There is a much greater understanding that the approach to mitigation internationally must be much more multifaceted,” he says. “Part of that mix is the carbon market.”

During its lengthy negotiations on a carbon tax, the South African government agreed to offer companies a carbon offset allowance in response to demands for more flexibility over how they handled their carbon tax bills.

The allowance permits the use of eligible carbon offsets to reduce the volume of taxable emissions. This allows companies to reduce their tax liability and “invest in mitigation projects at a lower cost to what would be achieved on their own operations, and thereby lower their tax liability”, explains the Treasury. It also incentivises mitigation in sectors or activities not directly covered by the tax, including agriculture, forestry and land use, and waste.

With companies having the option of using carbon credits to offset 5–10% of their taxable emissions, South Africa’s flagging carbon market was revived almost overnight. During the first period for submission of carbon tax returns in October 2020, offset demand was estimated at around three times that of supply.

There are varying estimates for what annual demand will be in the first phase of the tax – it will depend on the extent taxpayers decide to use their offset allowances – but South African consultancy Promethium Carbon estimates it could be as much as 18–30 million tonnes of CO2 equivalent (tCO2e) a year.

It will take time to develop and register new offset projects, meaning most of the credits bought in the first phase of the tax, which ends in December 2022, will be from historical projects that have transferred their credits into South Africa’s new Carbon Offset Administration System.

“A lot of European entities, brokers and energy companies bought these credits years ago but never surrendered them under the EU Emissions Trading System,” he says. “Now they are worth quite a lot of money again, they are finding their way from international accounts back to South Africa.”

Most of the historical credit supply will be exhausted in 2021, however. The Climate Neutral Group expects up to three million tonnes to hit the market this year, with demand reaching 8–10 million tonnes. The real liquidity crunch will come in 2022 when all historical credits have been surrendered and no new offset projects come online. This discrepancy will push up the carbon price, which, on average, trades at around 85% of the carbon tax rate of R127 a tonne ($7–8 a tonne).

By 2023, when the second phase of the tax comes into force, credits from new projects should hit the market.

The price signal alone has stimulated interest in new projects. “Weha ve been getting lots of calls from companies, which want to know if they qualify for carbon finance now it has been proven offsets and the registry system work in South Africa,” says Rentel.

Before companies commit to investments on a much larger scale, however, they need more clarity about the second phase of the tax. The government has indicated there will be changes to rates, thresholds and carbon tax allowances, but has announced no further details.

Environmental campaigners argue that for the carbon tax to really drive down emissions, the carbon price needs to be much higher.

The current effective rate — the rate paid once all allowances are taken into account — is equivalent to only 0.1–0.5% of the turnover of the top ten emitters, shows analysis by WWF South Africa. If the rate continues at this level, “heavy emitters with large profits could simply absorb the extra cost and pass it along to customers, who will pay higher prices without any gains in terms of climate change impacts”, says Reinhardt Arp, an environmental economist with WWF.

As it stands, the tax is only set to increase at the rate of inflation, which means, in real terms, it is not increasing at all.

Phase two needs to see a minimum carbon price in the range of R550–R1,110 ($36–73)  per tCO2e, as recommended by a High-level Commission on Carbon Pricing created in the aftermath of the Paris Agreement, says Thandile Chinyavanhu from Greenpeace Africa.

The government is likely to reduce – and eventually remove – tax allowances allowing emitters to cut 60–95% off their bills, but the offset element is almost certain to stay and indeed be developed further.

Alongside projects that comply with established mechanisms such as the CDM or Verra, the Treasury is looking to support the development of South African offset standards, such as those being created by various not-for-profit organisations. They are focused on smaller-scale, community-level projects, related, for example, to managing soil and vegetation.

“Certain individuals driving this process in government have made it clear their ambition is to see a much more vibrant South African carbon market and a scenario where South African projects, developed under South African standards, are selling offsets into the international arena,” says Gilder.

But South African projects alone will not be enough to meet demand. The government is also considering expanding the carbon offset mechanism to include projects outside South Africa, says a Treasury spokesperson. The final decision depends on how negotiations on Article 6 of the Paris Agreement, which governs international carbon trading, are concluded at COP26 in November.

There is a much greater understanding that the approach to mitigation internationally must be much more multifaceted. Part of that mix is the carbon market. Andrew Gilder, Climate Legal

The SADC has “huge potential”, says Rentel. “Certain countries, like Mozambique and Zambia, are particularly interesting because of their potential to develop large forestry projects and other nature-based solutions, which have a high carbon yield.”

An SADC-wide emissions trading system would make sense “philosophically and from a policy perspective,” says Gilder. However, other countries may not be happy to submit to a scheme ostensibly driven and led by South Africa, he adds.

The real rub is that while expanding South Africa’s offset market regionally may be useful for the country’s big emitters, there are doubts as to how effective it would be in driving down emissions, particularly if it is not tightly regulated.

Rather than offering big emitters tax breaks, it would be more effective for government to redirect subsidies from companies like Sasol towards green investments, argues Chinyavanhu.

James Reeler, WWF’s bioenergy project manager in South Africa, argues that industrial sectors such as steel and mining for non-fossil fuel minerals, which are critical to the low-carbon economy but unable to quickly and effectively reduce their emissions, can justifiably invest in carbon sequestration and offsets.

“Moreover, for the South African economy as a whole, net zero means balancing emissions with removals,” he adds. “Long-term investment in driving sequestration activities is essential.”

If the market is regulated properly and the right projects, such as those focused on restoration and revegetation, receive investment, “projects can provide real benefits to local communities through employment and carbon payments, as well as enhancing the resilience of natural and human systems to the impacts of climate change”, says Reeler.

Climate Neutral Group’s Rentel agrees: “We need to think about what technology and what financing we can use to make the right projects happen and how we deliver them at scale.”