Like a lot of people, I was horrified when Shell’s second-quarter results hit my inbox last week – $11.5bn in just three months? $6bn authorised for share buy-backs? Amid a global cost-of-living crisis, this felt… icky. Read the room, people.

A closer look at Shell’s results, however, piqued my interest. These record-busting earnings came despite a 2% fall in production compared with the first three months of this year – and an 11% fall compared with the second quarter of 2021. But then given Russia’s war in Ukraine and its effect on global oil and gas markets, prices have gone up and so it stands to reason that so too will profits for oil and gas companies – and yet I had expected production to increase, given the inflated value of the products. Chevron and TotalEnergies also reported a drop in production – more than 5% at the former – over the three months of 2022, while only ExxonMobil saw a slight increase.

Corporate strategy
Covid-19: Sub-Saharan Africa has yet to realise its renewable potential 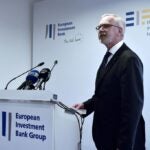 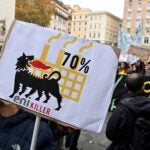 The war in Ukraine and its effects of pushing up energy prices and prompting new oil and gas drilling for security of supply – US President Joe Biden has asked domestic oil and gas companies to ramp up production – are (hopefully) short-term events. In the long term, we still need to transition away from fossil fuels and find a clean way to live.

Pragmatically, we cannot just turn off all oil and gas production overnight. (And please, I don’t want to get into an ideological debate about the world’s addiction to oil – we are where we are, we cannot change what has been done – but we can, and must, change what will be done going forward.) The clue is in the name: energy transition.

However, by no means does that imply we need new oil and gas (or coal) exploration. In its Net Zero by 2050 report last year, the International Energy Agency stated that no new fossil fuel supply projects and no new investment in unabated coal is compatible with climate neutrality by mid-century. “The path to net zero emissions is narrow: staying on it requires immediate and massive deployment of all available clean and efficient energy technologies,” the agency wrote.

Given that need to transition, it is disappointing to see continued investment in new fields and exploration, such as Shell’s decision to proceed with investment in the Jackdaw gas field as part of a £20–25bn ($24.32–30.4bn) strategy for its UK business over the next decade. And yes, Shell says gas from this field will come ashore at the site of a carbon capture and storage (CCS) project, so it “could” sequester the carbon dioxide and reform the gas into low-carbon ('blue') hydrogen – but that “could” should be a “will” if it is serious about net zero.

To be fair to Shell, it has also grown its renewable energy capacity by 33% year-on-year, to 5.7GW by the end of June 2022 compared with 4.3GW a year prior (comprising both capacity in operation and under development – with the latter representing the larger share). In the first six months of this year, almost 11% of its cash capital expenditure was on renewables, compared with 3.4% last year. Alas, the share invested in upstream oil and gas activities is relatively unchanged at 38%, so there is still a way to go. Imagine what a difference $6bn could make here, instead of being returned to shareholders.

Shell lags BP, which has 25.8GW in development on top of its 4.4GW developed capacity. However, French rival TotalEnergies outstrips them both with 50.7GW of gross renewable capacity by the end of June, up 22% from last year’s 41.7GW, and which includes 11.6GW of installed capacity. Good progress for a company that wants to be among the top five solar and wind power producers by 2030 – and has already beaten its target to have 35GW of gross renewable capacity by 2025. However, with around two-thirds of its total expenditure still going to oil and gas exploration and production, Total also still has work to do to accelerate its transition.

As for the US majors – it is all about CCS, renewable fuels and hydrogen. These are all valid technologies with potential applications beyond the energy sector, and yet I feel… underwhelmed. Really, is that the best you’ve got? What about powering the growing demand for electricity as vehicles shift away from combustion engines (BP’s installation of electric vehicle charging points is up almost 50% year-on-year, so at least the infrastructure is rolling out)? What about some solar and wind investments?

Aside from CCS and hydrogen, another universal component in all majors’ transition plans – European and US – is the use of carbon offset credits to cover at least some emissions, with a big focus on nature-based credits.

High-integrity, independently audited and verified offsets have a role to play in the energy transition, but they are not a long-term solution. They can be a way of getting investment to places and projects that need it the most and help drive sustainable development, but they should not detract from investment in the technologies and systemic shift our economies need to undergo for net zero.

Ultimately, the energy transition is going to happen – it is happening. Investing these record-breaking profits in tomorrow’s technologies could make it go faster and have longer-lasting benefits for more people than yet more oil and gas will. Let’s get with the programme.

Topics in this article: CCS and CCUS, Oil, Oil and Gas
SUBSCRIBED